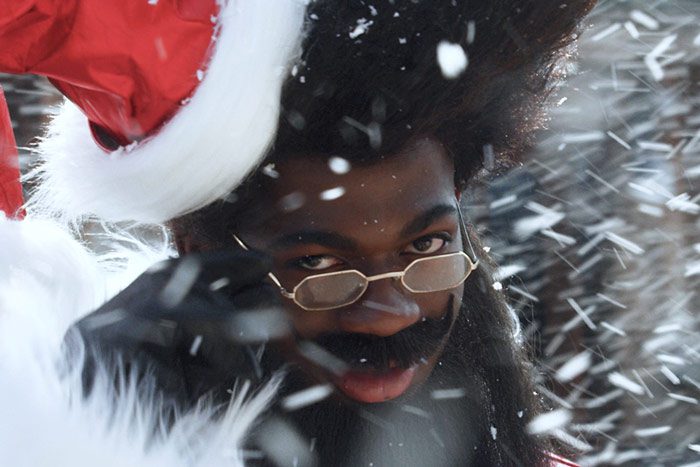 After making history with “Old Town Road,” Lil Nas X is ready for the next chapter. During Sunday Night Football, he debuted a trailer announcing his new single “Holiday,” produced by Take a Daytrip (“Panini”) and Tay Keith (Drake, Travis Scott).

In the cinematic clip, Nas trades his cowboy persona for his new role as Santa Nas X. He rides through an old Western town on horseback before coming across Santa Claus, who is being kicked out of a saloon. He picks up St. Nick’s hat, which reads “You Are the New Santa” before transforming into Santa Nas X, complete with red suit, futuristic sleigh, and reindeer. Back to the Future star Michael J. Fox even makes a cameo at the end.

Along with “Holiday,” he may also release “Call Me By Your Name,” a song he previously teased. “should i drop call me by your name with it too? a lil 2 pack?” he asked fans on Twitter.

Nas’ full-length album is due next year. “2021, I’m dropping the best album of all time,” he said during last month’s Billboard Music Awards.