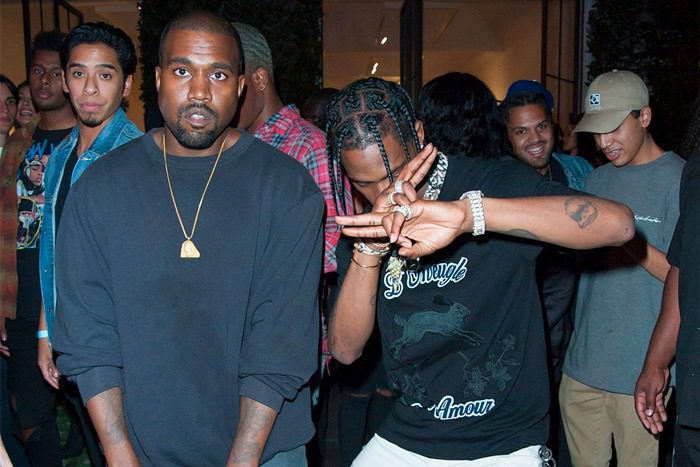 Kanye West returns with “Wash Us in the Blood,” the first single from his upcoming 10th solo studio album God’s Country.

The billionaire rap mogul reunites with Travis Scott on the explosive track, which was mixed by Dr. Dre. Over raucous 808s, co-produced by BoogzDaBeast, Ronny J, FNZ, and Dem Jointz, Ye conjures up Yeezus-like rhymes over sirens while a preacher punctuates his delivery.

Travis sets it off on his verse: “Execution 30 states / Thirty states still execute / Thou shall not kill, I shall not spill / Nextels at the rendezvous / We dodgin’ time in the federal / Squad box you in like a sectional / We walk through the glass and the residue.”

Artist Arthur Jafa created the artwork and directed the video, which features a barrage of visuals including police brutality protests, a dancing Breonna Taylor, and the murder of Ahmaud Arbery, as well as Kanye’s own live shows. The video ends with a spoken word from Ye accompanied by his daughter North at Sunday Service rehearsals. “Wash us in the blood of Jesus / Holy spirit come down / We need you now,” he says.

“Wash Us in the Blood” is the first music from Ye since 2019’s Jesus Is King, which debuted at No. 1 on the Billboard 200, surpassing the Beatles and tying Eminem for the most consecutive No. 1 album debuts in chart history.

West has been in the studio with Dr. Dre working on a new version of Jesus Is King as well as an animated “Kids See Ghosts” series based off his group with Kid Cudi.