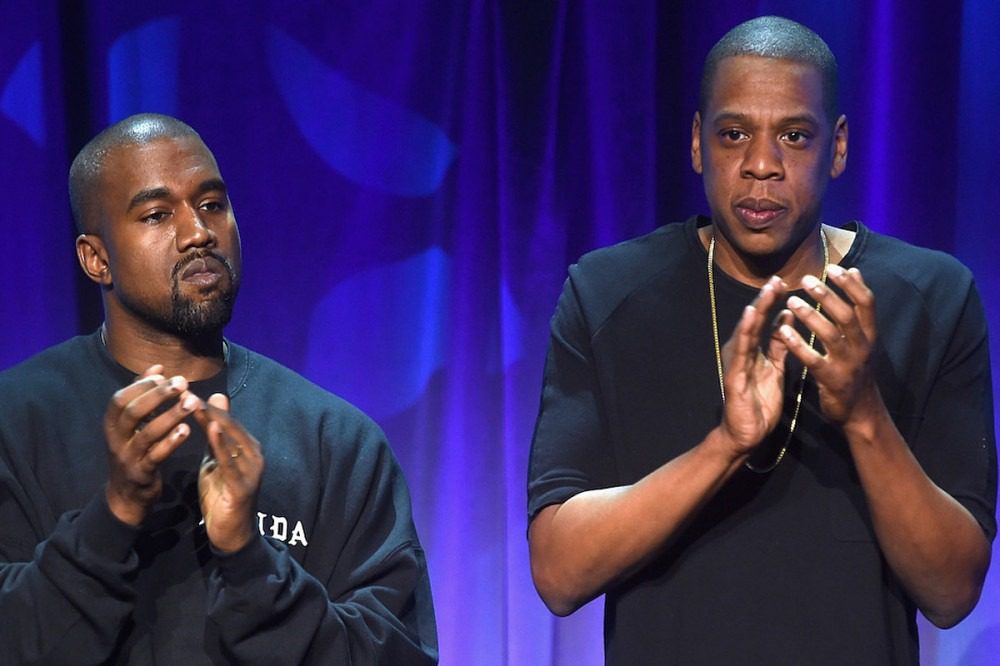 There has been a lot of chatter about Kanye West and his music masters and now, Jay-Z has been added to the conversation.

Following Yeezy sharing over 100 pages of documents regarding his record deal with Universal Music Group yesterday (Sept. 17), the parent label to The Island Def Jam Music Group and Roc-A-Fella Records, claims began circulating online that Jay-Z sold the masters to Kanye's first six albums under Roc-A-Fella in order to obtain his own masters. A screenshot accompanying said claims discloses some of the details of ‘Ye's deal with Roc-A-Fella, which was co-founded by Jay-Z, Damon Dash and Kareem "Biggs" Burke in 1995, but it doesn't appear to indicate that Hov sold Kanye's masters. Nonetheless, Kanye has responded to folks saying that Jigga cashed in on the rights to some of ‘Ye's music.

"Don’t let the system pit us against each other … JAY IS MY BROTHER … I have eternal love for all artist that have been through and are still trapped this crooked system," Kanye tweeted this morning (Sept. 18). "Jay still doesn’t get his own masters back for ten years. I will see to it that we all get our masters."

As previously reported, Kanye West is on a quest to obtain his masters from Universal Music Group, whom he claims is prohibiting him from doing so. Kanye, who has adamantly stated that he wants his children to own his masters, is also pushing for other artists to be able to do the same.

Based on the details of Kanye's recording contract, he won't be able to obtain some of his masters for a while. "Island Def Jam Music Group also agreed to give Kanye the rights, title and interest in all of the masters for his sixth and seventh album, but only after the reversion date—the last day of the semi-annual accounting period—which is 20 years after the initial release of the seventh album. If at that time ’Ye has not recouped his royalties, the reversion date will be extended until the day after the last day in the accounting period after receiving a statement indicating that the royalty account has been recouped," the document states.

Despite the apparent obstacles preventing Yeezy from getting his masters from his label, he doesn't appear to be letting up any time soon.