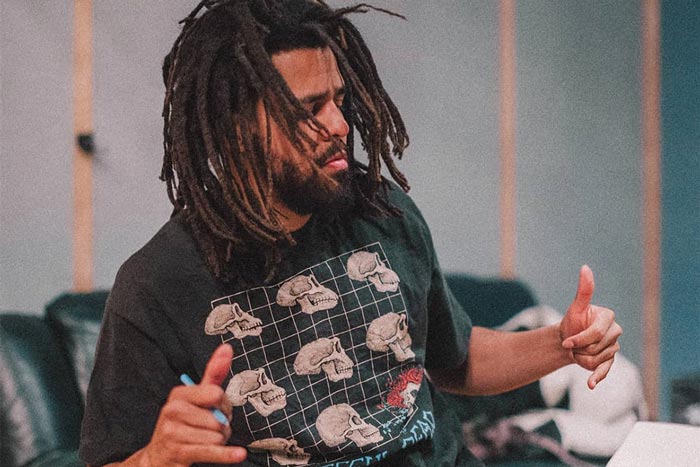 The Real is back.

After much anticipation, J. Cole returns with “The Climb Back” and “Lion King on Ice,” the first two songs off his upcoming album The Fall Off.

“This is that come back to life shit,” raps Cole on the self-produced “The Climb Back.”

Over the soulful beat, Cole issues a warning (“A problem with me is like the BET Hip-Hop Awards / I’m starting to see you ni**as don’t want it”) and addresses the competition (“I’m sick of this flauntin’ from ni**as I know fo sho ain’t got more dough than Cole / Trash rappers, ass backwards, tryna go toe-to-toe / We laugh at ya”).

Young Simba takes it back to his mixtape days on “Lion King on Ice,” which he produced with T-Minus and Jetson. “I got bloods on my hands, I ain’t gon’ lie / I got mud on my shoes, I ain’t gon’ lie,” raps Cole. “Got a whole lot to prove.”

But over a decade into the game, he’s not going anywhere. “I’m stronger than ever before just like I planned to be / They wanna see me fold, it ain’t no thing to me,” he adds.

Cole is now readying his new album The Fall Off, the follow-up to 2018’s KOD. He is still putting the finishing touches on the project and there is no release date. “No date for the album yet, taking my time, still finishing,” he told fans.

The father of two may also be thinking about hanging up the mic. He recently revealed that his days as a rapper are numbered. “I could possibly be before hanging up my jersey, leaving nothing on the table when all was said and done,” he wrote in an open letter for The Players Tribune.