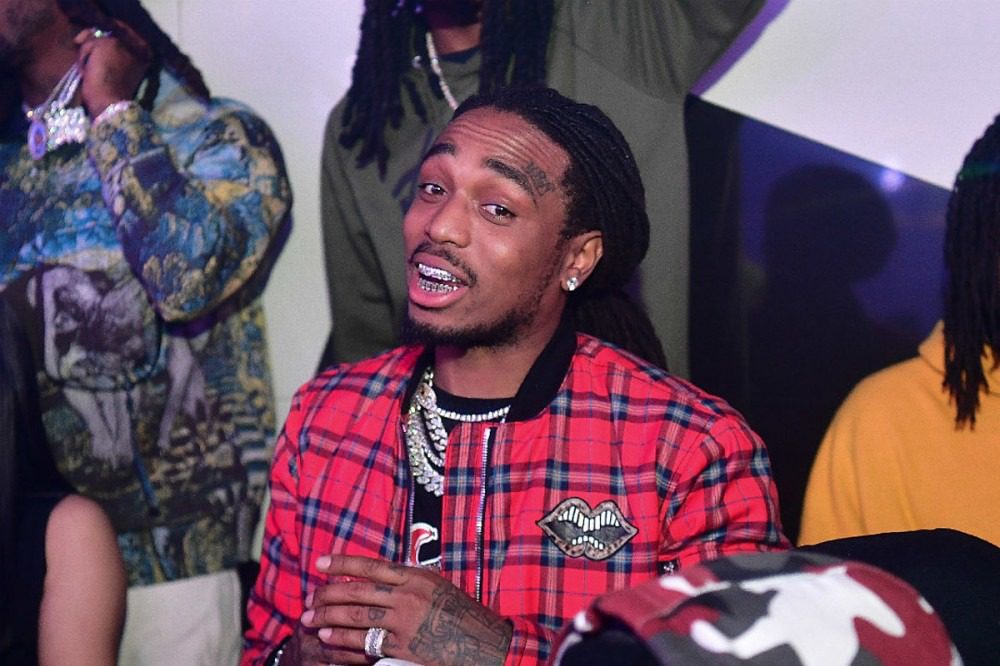 Is Travis Scott's Huncho Jack brother, Quavo, also getting his own signature meal at McDonald's?

On Saturday (Oct. 17), the Migos member got speculation going with a social media post about the fast-food giant. In a series of four pictures posted to Instagram, Qua appears in Mickey D's. The first three pics show him standing near the counter, appearing to be ready to place his order. The final slide is a photo of what he purchased. He captioned the post with a description of his order. "Double Cheeseburger Plain New Spicy Nuggets Medium Fries BBQ Sauce (Hot N Fresh) What U Want???" he typed.

There is no confirmation whether Huncho was just showing off his meal, hinting at Mickey D's that he should be the next sponsor or if there is a collab in the works. But people in the comment section were here for it, if it turns out to be the latter.

"Huncho meal on theeeee way 👌🏾😂," one person posted in the comment section.

Someone else added, "Dont tell me they got a Quavo meal now."

A McDonald's and Quavo collab would not be surprising, considering they have already had successful campaigns with Travis Scott and J Balvin. The signature La Flame meal was released last month and included a Quarter Pounder with cheese, bacon, and lettuce; medium fries with BBQ sauce and a Sprite.The meal became so popular, some McDonald's locations started experiencing shortages. In at least one case, a person stole a Travis Scott meal sign directly off a restaurant window. Travis' collab also came with multiple merch drops, which included apparel and other super random items like a full-body McNugget pillow.