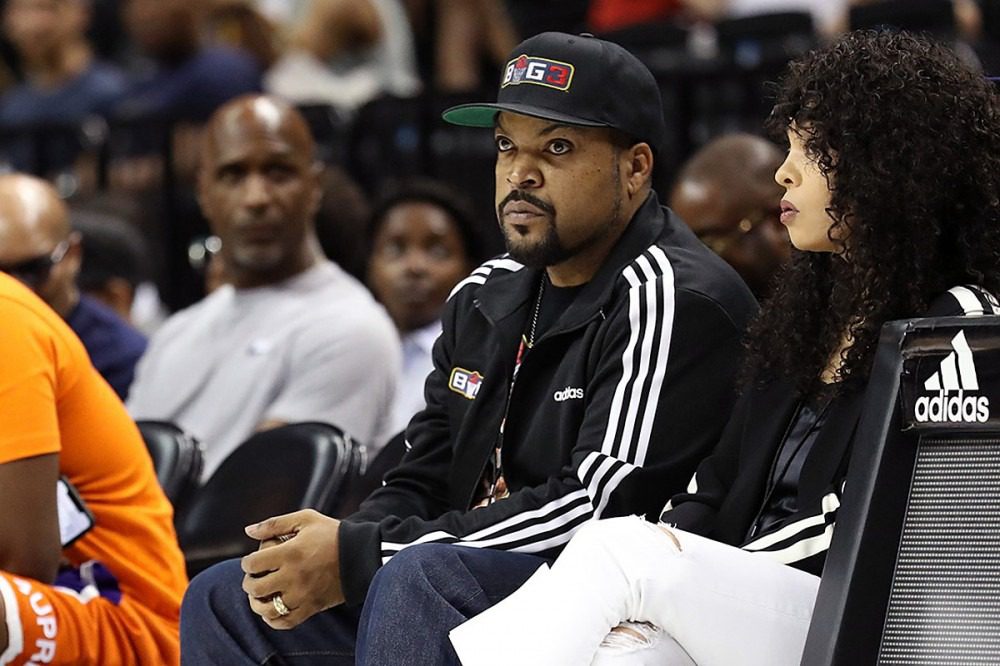 After news began circulating that Ice Cube met with the Trump administration about the president's Platinum Plan for his potential re-election, Cube faced major backlash. The California rapper was relatively mum leading up to the election, but now he's speaking out and has addressed those who criticized him for working with No. 45's campaign.

Cube went on Twitter on Tuesday (Dec. 1) and uploaded a five-minute long video, responding to those who came for him over his decision to work with the Trump administration prior to last month's general election.

"All the people who dissed what I was doing, you know, I'ma just watch to see what you get out of the whole deal," he explained. "You talkin' about I was worried about getting some taxes or some shit. Yeah right. Anybody that would go through all this for some fucking taxes is an idiot. But at the end of the day, we'll watch you and see what you get. And then we'll watch the people and see what they get. That's what I been doing and I'ma keep doing what I'm doing—behind the scenes, in front of the scenes—If you don't see me doing nothing, you'll hear about it. That's it."

Elsewhere in the video, Ice Cube, who has met with Democrats as well and previously stated that he hadn't endorsed President Trump or now-President-elect Joe Biden, said he doesn't care who the president is. Instead, the former N.W.A. member says his focus is applying pressure to political leaders to ensure that the policies put in place will benefit the Black community.

"So that's the agenda: to push whatever candidates in power—Republican or Democrat—to do what needs to be done," he continued. "I think we've just focused on one party way too long. And, some of us are getting taken care of with that and a lot of the community is not. And so, you know, I wanna speak up when I see stuff like that."

As far as Cube abruptly stepping back from social media, he said it's due to people attacking him for the political decisions he made because they weren't in alignment with what others were doing.

"I know a lot people been wondering where I’ve been," he told his Twitter followers. "I was real active before the election, talking about what’s needed, you know, specifically for the Black community. About 10 days or two weeks before the election, I pushed back all the way until pretty much now because I just felt there was a lot of noise, a lot of poison, a lot of people with they own agendas—personal agendas or party agendas—and they really wanted to attack me for what I was doing because it was outside of the line of what they was doing, or what they believed need to be done."

Back in October, about three weeks before the election, President Trump's senior advisor, Katrina Pierson, revealed Cube's participation in assisting with the Platinum Plan, which was the POTUS' campaign platform to appeal to the Black community. The initiative promised to provide Back communities with nearly $500 billion for better and affordable health care, offer access to funds for Black businesses, educational opportunities and more.

On Nov. 7, four days after the election, it was announced that former vice president, Joe Biden, defeated President Trump for his seat in the Oval Office. Biden was elected for president and Senator Kamala Harris is his vice president-elect. They will be inaugurated into the White House on Jan. 20, 2021.