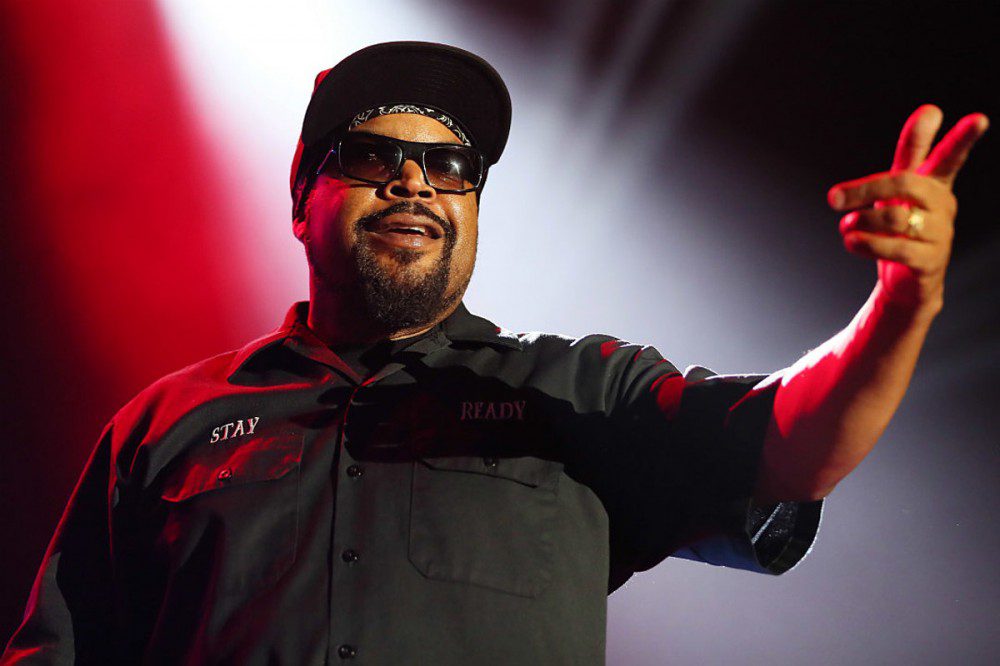 Ice Cube is ticked off at people criticizing him for working with President Trump on the Platinum Plan, a proposal that promises to benefit the Black community and support Black economics, and empowerment.

On Thursday morning (Nov. 5), Cube aired out his grievances via Twitter about people calling him out when he says he was merely trying to advocate on the behalf of Black Americans.

"Let me get this straight, I get the president of the United States to agree to put over half a trillion dollars of capital in the Black Community (without an endorsement) and Niggas are mad at me?😂😂😂…have a nice life," he tweeted today.

In addition to the aforementioned tweet, Cube shared an image on Twitter of a herd of sheep voting for either a wolf or a lion. The image reads, "Elections Nowadays." The meme is seemingly symbolic of Americans voting for the lesser of the two evils when it comes to the election. One person questioned which metaphoric animal candidate Ice Cube endorsed and he replied, "Neither one…I’ve always endorsed the sheeple."

Last month, the former N.W.A member revealed via Instagram Live that he met with both Republicans and Democrats to discuss issues impacting the Black community.

"I've been making contacts trying to talk about these real issues. Straight up, I believe the Democrats have… they've been nice. They've been cordial, so to speak. I don't really see them pushing their policies in any different direction. They're still talking this minority, minority, people of color shit that don't necessarily include us. That don't necessarily include Black Americans, especially descendants of slaves," Cube said of the Democrats.

As far as the Republicans, the Crenshaw, Calif. native continued, "We also met with the Republicans and shit. They brought us in. We talked to ’em. They've moved their agenda a lot because of what we said. You know, they put $500 billion on the table. Who knows what's gone really happen. I just know one of ’em gon' win. I don't know if it can really matter to us. We gotta just push whoever's in there ’cause ain't nobody really solved our problems. People say we can't take another four years of this. Black people, we can take anything, shit."

Shortly after Cube's livestream on Oct. 11, Katrina Pierson, a senior advisor for the Trump administration, shared that the rapper has been working with the president to develop his Platinum Plan. The plan pledges to grant nearly $500 billion to Black communities, provide better and affordable health care, offer access to capital for Black businesses, educational opportunities and more.

Ice Cube has affirmed that he has not endorsed either candidate—Joe Biden or Donald Trump—and that him working with President Trump was to help Cube better assist Black people.