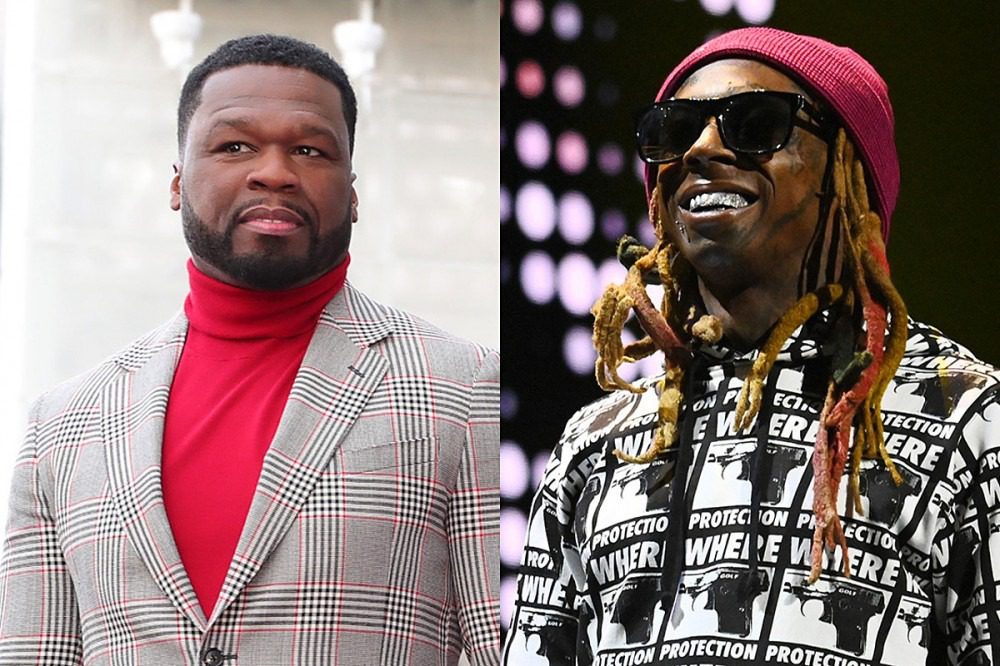 50 Cent is weighing in on Lil Wayne's relationship with Denise Bidot ending over Weezy's support for President Donald Trump.

On Tuesday evening (Nov. 3), which was also Election Day, Fif retweeted a headline from a TMZ article about the couple's partnership coming to an end as a result of Wayne meeting with Trump last week. In response to this, 50 said, "dumped,😳 you can’t dump little wayne. Now you can leave, if you going than go but somebody’s waiting for the job. LOL."

The news of Lil Wayne and Bidot's supposed separation came just days after the New Orleans native shared a photo from his meeting with Donald Trump via Twitter. Wayne and Trump apparently discussed No. 45's Platinum Plan, which is his platform to benefit Black Americans.

"Just had a great meeting with @realdonaldtrump @potus besides what he’s done so far with criminal reform, the platinum plan is going to give the community real ownership. He listened to what we had to say today and assured he will and can get it done," Wayne wrote in the caption of the image of himself standing beside Trump.

Neither Weezy nor Bidot have publicly addressed their rumored split. However, shortly after reports began circulating online that the couple are no longer together, the Funeral rhymer posted a seemingly cryptic tweet.

"I live the way I love and love the way I live. I’m a lover not a lighter bekuz they burn out. I am an eternal fire and burning love, either leave with a tan, a 3rd degree burn, or stay and die in love. You’re sweating.  Sincerely, the fireman," he wrote on Wednesday (Nov. 4).

Lil Wayne may have vocalized his support for Donald Trump's reelection—along with Lil Pump and a few others—but it's unclear if Weezy backing the current president will help the Commander in Chief keep his seat in the White House.

According to CNN, as of reporting time, Democratic presidential candidate Joe Biden has 253 electoral votes to Trump's 213. In total, 270 electoral votes are needed to win the election. However, ballots are still being counted despite Donald Trump filing lawsuits against Michigan, Pennsylvania and Georgia to put a halt on them continuing to count mail-in ballots. These states are major determining factors in who will become the next President of the United States.

The final decision for the 2020 presidential election has not been determined yet.