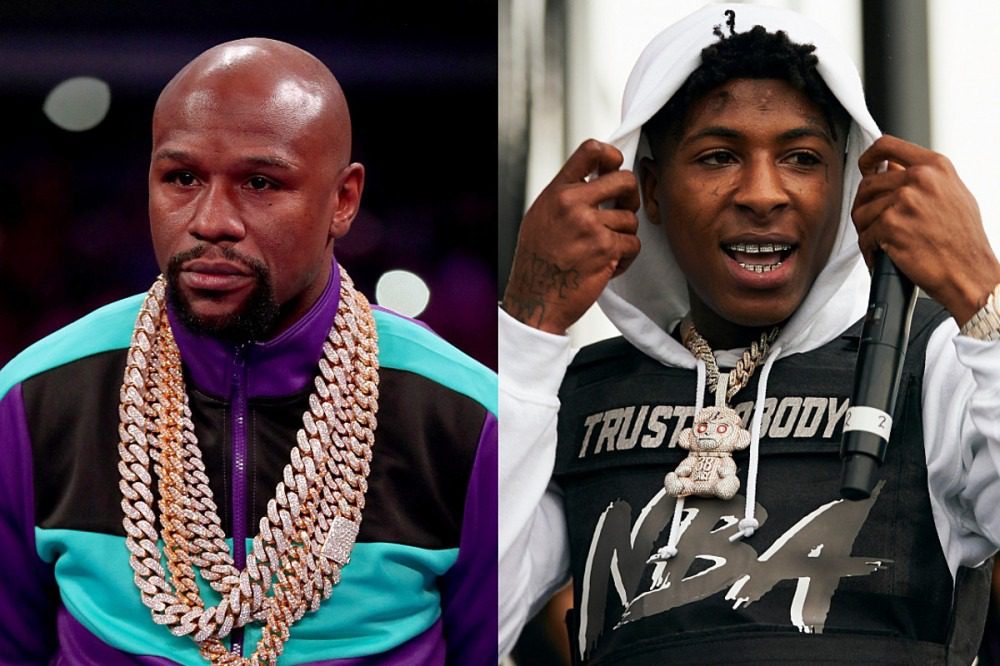 During an interview with Hollywood Unlocked, which aired on Fox Soul on Friday night (Oct. 30), "Money" Mayweather touched on his daughter Iyanna's relationship with the troubled gangsta rapper, after confirming she was indeed pregnant with his child. "I just want the best for my daughter, always want the best," Mayweather said. "If that makes her happy, then we are happy. Me and her mother is happy. But, what I try not to do is get in her personal business. Once she's no longer under my roof, you know what, it's between her and her better half."

NBA YoungBoy and Iyanna have been in an off and on relationship for a while. The situation has not always been peaches and cream. In April, Iyanna was arrested at the rapper's Texas home following a stabbing in which she is accused of cutting Lapattra Lashai Jacobs with a knife during a dispute over the Top rhymer. The 19-year-old has been charged with felony aggravated assault with a deadly weapon and could face up to 20 years in prison. After the incident, Iyanna returned to YoungBoy's home, where he posted a video lambasting her father.

Mayweather also addressed that incident. "My thing is this, it has to do with your upbringing," he said. "It starts in the home first. So, what I've always taught my daughter is always be respectful when you go into anyone's home. And whatever goes on in your home, don't talk about it to the world. As far as…'cause I look at NBA YoungBoy as a child. I can't get upset with a kid like that. With this new generation, kids talk about pills, these kids talk about syrup. You know, it could have been one of those days for him. But at the end of the day, I only want the best for her."

YoungBoy Never Broke Again, who already has five kids, recently made headlines for saying he wants to have a baby with Lil Wayne's daughter, Reginae, on the new song, "The Story of O.J. (Top Version)." The lyric did not sit well with Reginae's former boyfriend, YFN Lucci.