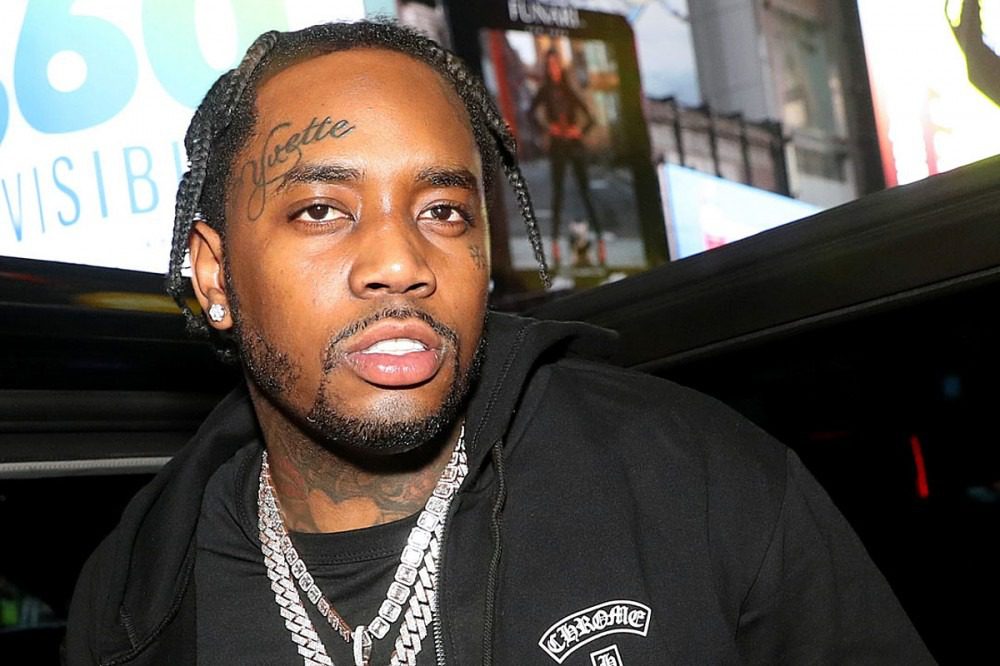 On Friday morning (Oct. 16), the Fivio cleared the air regarding reports, which said that his Oct. 10 arrest was in connection to him assaulting his pregnant girlfriend at their New Jersey home.

"I appreciate y’all support and concerns and prayers…," he began in a series of tweets. "But I ain’t Neva hide nuffin I do or deny who I was. I wud neva hurt or harm any pregnant woman especially not my GF. My mother wud kill me, plus I’m raise’n 2 blacc lil gurls. & Woman do everything for me in my life."

The "Big Drip" rhymer went on to explain that himself and his girlfriend had an argument, which he claims his neighbors took out of context. "In relationships people argue and have disagreements, Whoeva kno is kno we been argue’n we argue & we Weill always argue," he continues. "It’s juss unfortunate dat I have nosy ass neighbors who can’t mind dey own business. Wasn’t da 1st Tyme and won’t b da last."

Despite the unfortunate event that escalated and resulted in him being behind bars for a few days, Fivi expresses optimism about getting on the other side of his legal issue. "Im loud rich blacc and I have a past so people judge but we will get past dis..," he adds. "We get thru everything we go thru. We family Red exclamation mark symbol."

Fivio's tweets come a few days after his girlfriend, whose Instagram name is Jasmine.foreign, broke her silence on the reported incident. "Thank you all so much for your kind words but I would like to clarify a few things," she wrote on Tuesday evening (Oct. 13). "I did not call the police on Fivio, I did not press charges and I did not want the father of my children in jail. A situation happened in our home and a nosy neighbor called the police. The police are who pressed charges and in time Fivi will be relieved of all charges. Thank you for respecting our privacy at this time." The posted was shared on her Instagram Story as well as her Instagram page at the time. However, the IG post was deleted shortly after.

As previously reported, Fivio Foreign was arrested by the Edgewater Police Department on Oct. 10 on a simple assault-purposefully/knowingly causing bodily injury to another person charge.

On Wednesday (Oct. 14), Cliffside Park-Edgewater, N.J.'s Daily Voice reported that the Brooklyn rapper, born Maxie Ryles, was taken into custody after allegedly harming his 24-year-old girlfriend, who is currently expecting their second child.

The outlet claims the girlfriend told law enforcement that Fivio "punched her in the back of the head, kicked her and hit her with a glass bottle before pushing her into the hallway without clothes."

According to jail records obtained by XXL this afternoon, Fivio was released on Wednesday. The records also indicate that a bond amount of $0.00 was posted.

On a much lighter note, Fivio Foreign recently teamed up with Chicago's King Von on Von's new track "I Am What I Am." The song dropped on Oct. 9, a week after Fivi released "Bop It" with fellow 2020 XXL Freshman Polo G.