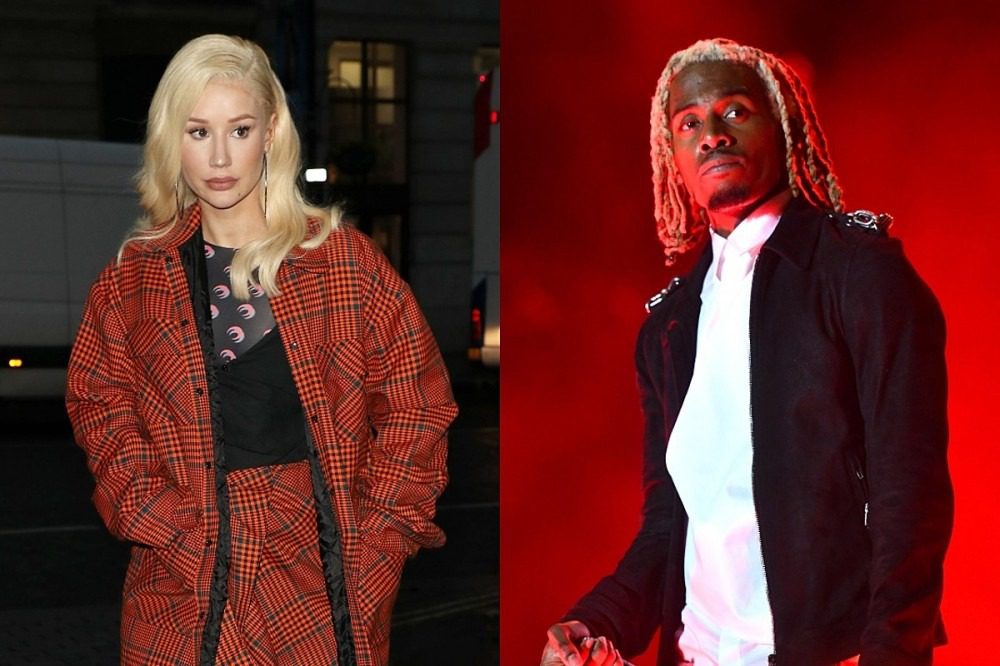 Playboi Carti and Iggy Azalea fans are given a glimpse at the bundle of joy the pair are rumored to share.

On Sunday (Sept. 20), the first image of Iggy and Carti's firstborn son, Onyx Carter, surfaced on the internet. In the new photo, the Australian-bred rapper and her son are seen flying out of the Los Angeles International Airport with their nanny in tow. Baby Onyx is peaking out of his Fendi stroller in a white bucket hat and grey sweatpants. You can see the photo below.

In May, TMZ reported Iggy and Carti had welcomed a baby boy, despite neither rapper confirming Iggy was ever pregnant to begin with. A month later, the "Fancy" rhymer confirmed she had given birth to her first child, stating she was hesitant to announce his arrival in the hopes of keeping his life private.

"I have a son," Iggy Azalea wrote at the time. "I kept waiting for the right time to say something but it feels like the more time passes the more I realize I'm always going to feel anxious to share news that giant with the world. I want to keep his life private but wanted to make it clear his is not a secret and I love him beyond words."

While the former 2017 XXL Freshman has never confirmed himself to be the child's father, the newborn bears the 24-year-old rapper's last name: Carter. Carti stans are seeing the baby before they see his other child and highly anticipated LP, Whole Lotta Red. The album, which was first announced in 2018, still lacks an official release date.