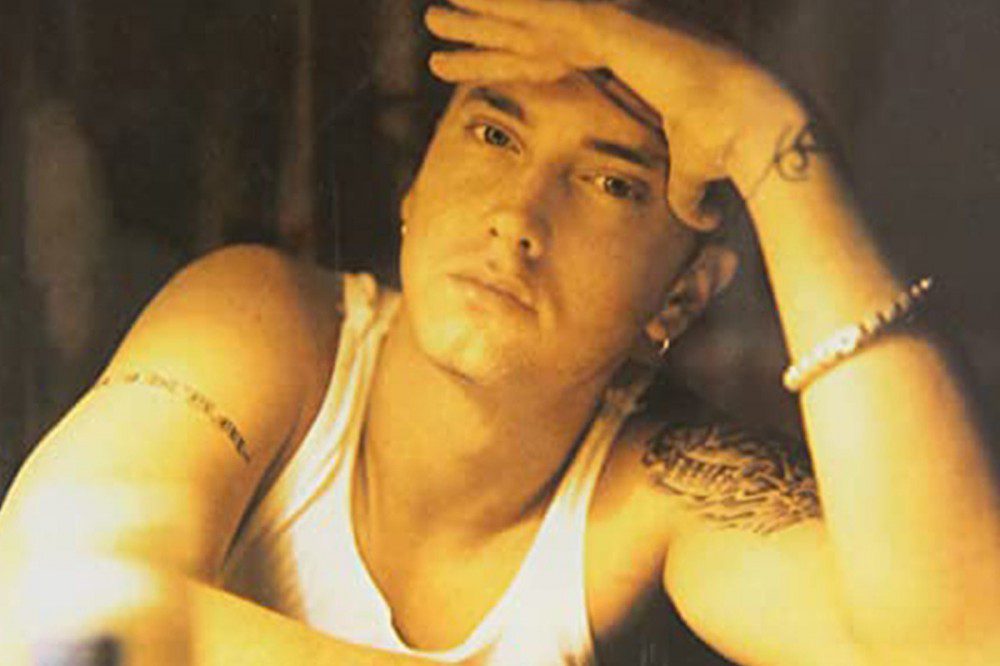 Twenty years after Eminem's The Marshall Mathers LP release, the Detroit MC is celebrating the masterpiece with a new capsule collection.

On Monday (Oct. 26), the 48-year-old rapper went on Instagram to promote the forthcoming clothing line dedicated to The Marshall Mathers LP, which debuted on May 23, 2000. In the post shared to social media, Em wrote,"'May I have your attention please?' #MMLP20 capsule collection hits the store Thursday – sign up for first access. Link in bio." The promotional video in the Instagram post includes clips from well-known music videos from the album.

"May I have your attention please?" #MMLP20 capsule hits the store Thursday – sign up for first access. Link in bio

The capsule collection, which is slated for release on Thursday (Oct. 29), includes a collection of hats, long and short sleeve T-shirts and hoodies. The line pays homage to the 18-track album with shirts decorated with lyrics and song titles from the beloved record. A black hat includes the words "Dear Slim" and an army green hoodie has the song title "The Way I Am."

The Aftermath/Interscope Records album received a diamond certification from the RIAA in 2011. This was 11 years after his LP sold 1.7 million units in the first week of release.

Despite the album's anniversary being celebrated in May, Eminem is just now releasing a capsule for fans and stans who were very impressed with the LP years ago.

The Marshall Mathers LP serves as the third studio album in Em's discography. Earlier this year, Slim Shady dropped his 11th studio album, Music to Be Murdered By.

Check out Eminem's The Marshall Mathers LP capsule below and purchase at shop.eminem.com here when the collection drops on Oct. 29.