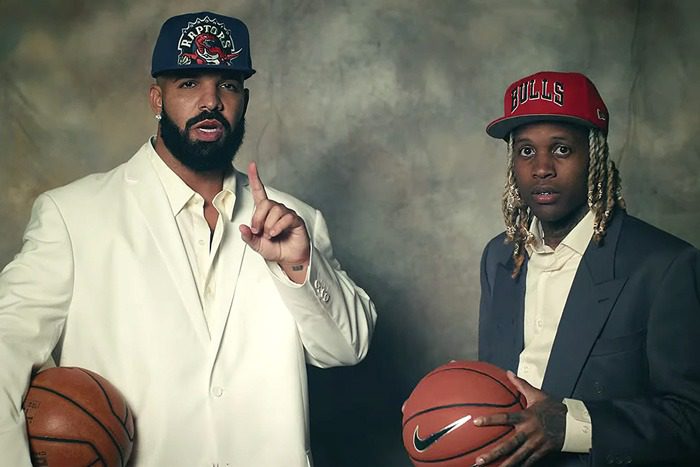 Drake is ready for his victory lap, baby.

After teasing a surprise drop, the 6 God unleashes his new single “Laugh Now Cry Later” featuring Lil Durk. On the triumphant track, Drizzy snaps while leaving the beef in the past.

“Tired of beefin’, you bums / You can’t even pay me enough to react,” he raps. “Please don’t play that ni**a’s songs in this party / I can’t even listen to that.”

In the Dave Meyers-directed video, which was shot at the Nike World Headquarters in Beaverton, Oregon, Drake plays basketball and football and goes on a shopping spree at the Nike Company Store. The star-studded clip features cameos from the biggest names in sports including Kevin Durant, Odell Beckham Jr., and Marshawn Lynch, who tackles Drake to the ground.

Durk rides jet skis with Drizzy and poses for an NBA portrait session while taking a subliminal shot at 6ix9ine on his verse. “Can you not play that lil’ boy in the club ’cause we do not listen to rats?” he raps. “Bring Drake to the ‘hood / Surround Drake around drakes / Even though I got a case / I’ma do what it take.”

The second half of the video features a cameo from comedian Druski, who clowns Drake for crying. “It’s been a long fight and I just had to have a warrior’s spirit,” he says while wiping away tears.