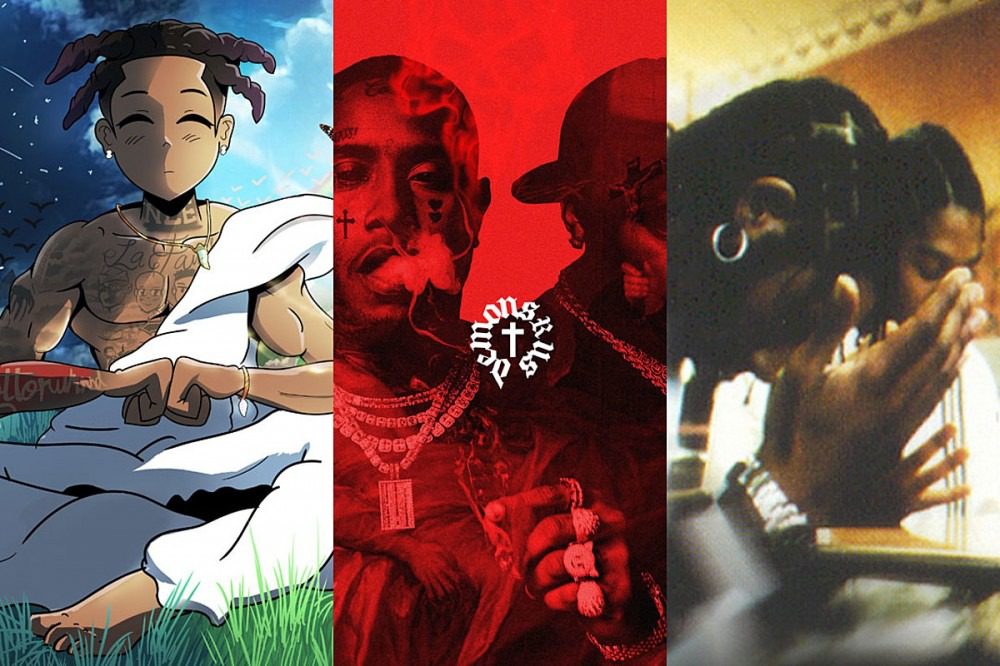 As American citizens and hip-hop lovers await the results of the 2020 presidential election, a few members of the rap community have dropped off new music to ease the intensity of the waiting game.

Doe Boy and producer Southside have teamed up to deliver a fire collaborative effort called Demons R Us. The 19-track offering contains special appearances from Freebandz's head honcho Future, Lil Uzi Vert, Chief Keef, Swae Lee, Trippie Redd and more. On Thursday evening (Nov. 5), the Cleveland native offered fans something extra, announcing that "Get in Dere"—which is also on the project—will feature 42 Dugg and Babyface Ray. "I love da streets so much I added another song on the album 😈 MIDNIGHT 🔥🔥🔥 @42_dugggg @miababyface," he captioned the Instagram post announcing the track. Just before the project arrived, the rapping and beatmaking duo also dropped "Tweakin" with Hendrixx and "Yessirski," which was a topic of conversation last month after 21 Savage asked artists who have used the term on the hooks of their songs to pay up since he takes ownership of coining the phrase.

2020 XXL Freshman NLE Choppa kicked off the week with his new mixtape, From Dark to Light, a 13-track effort that highlights the Memphis rapper's transition to a more conscious and holistic person. “11:11 is an important angel number where you make a manifestation/affirmation come true," NLE Choppa shared of the inspiration for the project, which arrived on Nov. 1. "Every time I catch 11:11, I make an affirmation regarding my album. My birthday is 11/1. These are all angel numbers. The one in numerology represents new beginnings. So when I drop, new beginnings will form. It’s like walking through doors bigger than I can imagine.” “Bryson,” the lead single from the effort, finds Choppa diving into his enlightenment. This tape arrives after the release of his debut album, Top Shotta, in August.

On the old school hip-hop tip, Goodie Mob is celebrating the 25th anniversary of their debut album, Soul Food, with the release of an expanded edition offering. The LP arrives with a digital expanded version containing eight new bonus joints. There's a 14-song instrumental album as well that is available on streaming services for the first time. Two new versions of "Free (Extended Mix w/ Rap)" with extra Goodie Mob verses are featured and the track is also featured on the new single bundle for "What Chu Know (aka Sesame Street)." The original project was delivered on Nov. 7, 1995. Around that time, the Atlanta-bred collective, which consists of Big Gipp, Khujo, Cee-Lo Green and T-Mo, released their breakout track "Cell Therapy."

Then, there's Orange County, California's Phora, who's releasing the second installment of his With Love series, With Love 2. Similar to the initial offering, which dropped in 2016, WL2 has 14 songs. There are also features from Jhene Aiko, Kehlani, Ty Dolla $ign and more. Hours before the 26-year-old artist's album officially arrived, he reflected on an incident via Instagram, in which he sustained gunshot wounds a few years back. "My Album drops in 5 hours.. and It’s moments like these when I look back and realize all that I’ve been blessed with. It’s so humbling…. I was supposed to be dead a few years ago after being shot in the head. I wasn’t supposed to be here. I relive this time in my life a lot, but it motivates me to keep going," he wrote. WL2 follows the release of Bury Me With Dead Roses (2019) and Love Is Hell (2018).

Listen to this week's new projects below.