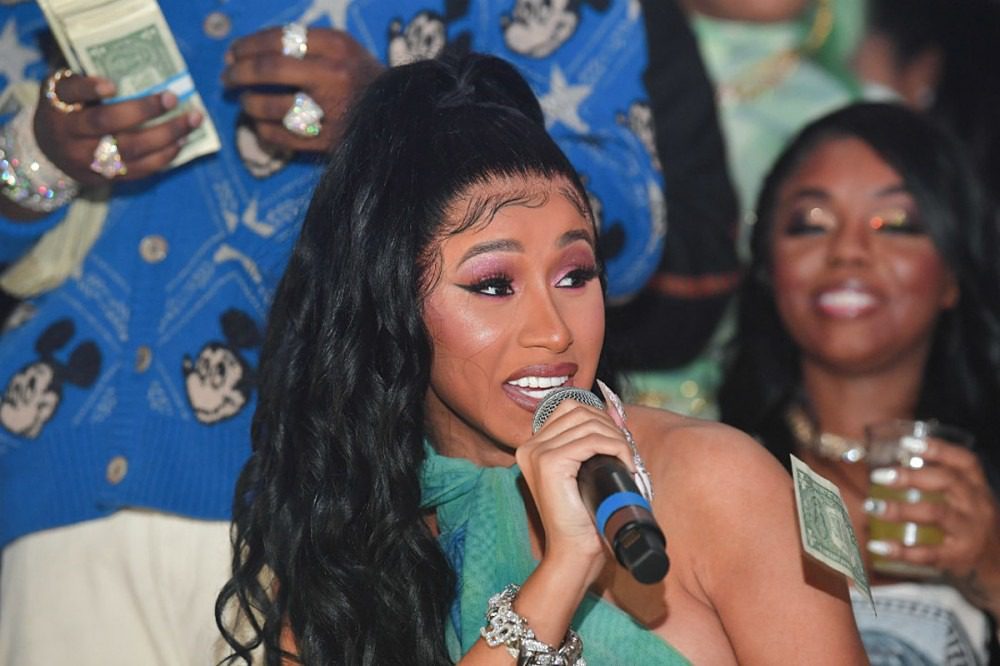 Cardi B was trending on social media Tuesday afternoon (Oct. 13) after accidentally leaking a nude photo of her breasts earlier in the day. After fans resorted to creating all sorts of memes and GIFs about the incident, and the Bronx rapper herself initially sharing her feelings after the photo mishap, now she's explaining exactly what happened.

Last night, Bardi went on Instagram Live and gave the rundown on how a picture of her breasts ended up on her Instagram Story. "I'm laying in the fucking bed, right?" Cardi begins in a portion of the IG Live captured by Baller Alert. "And I'm telling Offset, 'Yo, I feel like my top lip looks swollen.' And he's like, 'No, I don't think it looks swollen.' Because I hit myself under here and it fuckin‘…it got a little swole. So, I'm like, on camera it looks swole. Let me show you."

The "Wap" rapper then says that she tried to reach out to her manager to intervene after accidentally sharing the nude image to her 72 million Instagram followers. "So, we calling Patience ’cause she got my password to my Instagram," she shares. "So, we calling her and calling her while I'm tryna turn the fuckin‘ phone on. By the time I turn my fuckin‘ phone on and fuckin‘ deleted the shit, everybody and they mom saw my big ass salami nipple titties."

Cardi openly admits that she was initially upset after the incident, and expresses that nursing her daughter Kulture affected the look of her breasts. "For 30 minutes, I was mad," the 28-year-old rhymer adds. "But then again, I'm like, whatever. Because…I don't know, I feel like my boobs been…I don't know, when I started hosting I used to show my boobs all the time because I was a stripper. Like, fuck it. Everybody saw my tits. A lot of people talking shit because I got some big-ass, big-ass nipples, but that just come with motherhood, y'all."

On a much lighter note, Cardi celebrated her birthday last weekend in Las Vegas with a number of rappers and other celebrities. Many aspects of the night were shared on her social media account. Another moment, in which she received a Rolls-Royce Cullinan truck and an $8,000 Rolls-Royce carseat from Offset, circulated online as well.

Although Cardi B officially filed for a divorce from ’Set about a month ago, it appears that they're on pretty good terms.

See the full video of Cardi explaining how she accidentally shared a nude photo of herself on IG below.