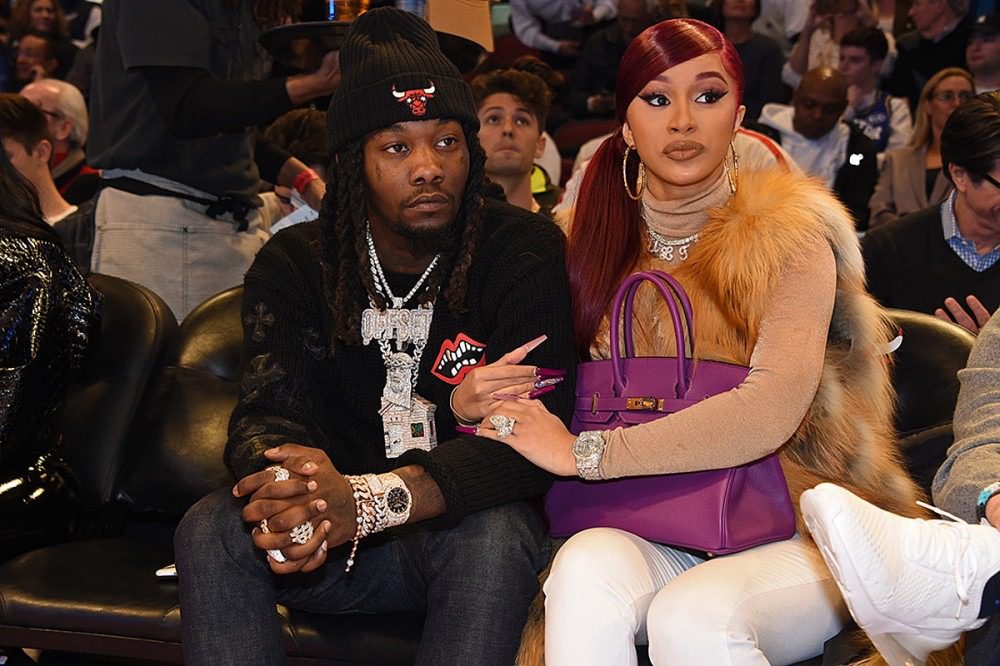 Cardi B says her fans drove her to deactivate her Twitter account because they've been attacking her loved ones via social media.

Over the weekend, a fed up Cardi went on Instagram Live to get a few things off of her chest. On livestreams that surfaced online on Saturday (Oct. 17), the Bronx rhymer addressed her fanbase's opinions about herself, them harassing her friends and her husband, Offset, and making comments about her filing for a divorce from the Migos artist last month and reconciling shortly after.

After confirming with who appears to be her hair stylist (Tokyostylez) and makeup artist (Erika La Pearl) about how she was doing this weekend, in which she says she was "great" and "having a good time," Cardi goes on to say, "I get on fucking social media and what do I see? My own fans, not nobody else. Not general public, but people with my fucking picture on they profile fucking harassing people that I fuck with. And y'all keep doing that shit."

Cardi later laments her frustration about fans thinking she's stressed because of her relationship with Offset. Apparently, fans had opinions about her smoking a cigarette in a video she posted to IG last week, where she addressed her marriage to the Atlanta rapper. Last week, she confirmed that they're back together.

"Shit is annoying and mad fucking frustrating," she said. "All the time! It's not even coming from other people. It's coming from my own fan base harassing people that I fucking be with everyday. All because of Offset, Offset. No! Y'all! And y'all fucking opinions. 'Oh my gosh, she's smoking a cigarette. She's stressed out.' My nigga, I'm not stressed out ‘cause I'm smoking a cigarette. I been smoking cigarettes since I was 15 years old."

The "Wap" rapper adds, "Nobody else but my fans made me delete my fucking Twitter ‘cause every single time that I get on Twitter, y'all got some dumb, slick shit to say."

In what appears to be a separate livestream, in which Cardi's voice can be heard, but only a black screen is seen, she reveals how the news of her divorce became public knowledge.

"I'm so tired of people saying I've got to continuously explain myself," she explained. "I didn't put my divorce out there, a fucking court clerk put it out there. And because people are making rumors up, 'Oh, this guy has a girl pregnant,' I had to address it. I'm tired of y'all clocking every fucking thing."

Cardi B spoke on her fans harassing Offset during this IG live as well. "Then you guys want to be harassing this nigga," the 28-year-old artist said. "Bro, if I work things out, why are you going to this nigga's Twitter to harass him? That don't make no fucking sense."

Cardi later shares that her issues with 'Set are the least of her worries right now. "Offset is not the only fucking problem that I deal with," she continued. "To be honest with you, my marriage is one of the least worries that I have right now. You wanna know something? I don't have a manager. I don't get managed by nobody. Nobody. So, I literally have to negotiate my own deals. I literally have to ask Offset for advice because I don't have a manager. I have to get lawyers to check my lawyers ‘cause lawyers don't give a fuck about you anyway…I have to have accountants watching my other accountants just so I can make sure nobody is fucking stealing money from me. And I'm still negotiating my deal, a brand new deal with Atlantic and a deal with my old manager."

Looks like Cardi B has a lot on her plate at the moment and she's over fans' unsolicited opinions while trying to deal with it all.

Check out Cardi's other IG live below. The portion where she discusses her divorce news and more begins around the :30-mark.