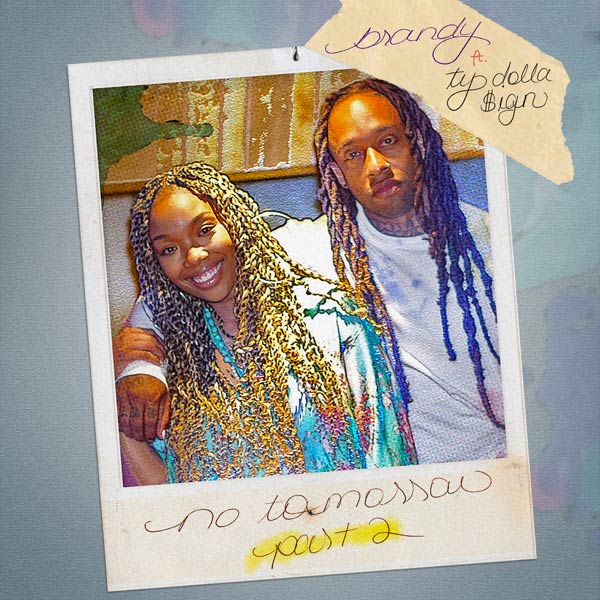 Brandy calls on Ty Dolla $ign for the remix to “No Tomorrow,” a standout off her latest album b7.

The “Expensive” singer adds his raspy vocals as he duets with Brandy on the laidback jam. “I’m gon’ beat it up in case there is no tomorrow,” sings Ty.

“I’m a huge fan of Ty Dolla $ign. I think he’s a brilliant artist,” said Brandy. “He’s always shown a lot of respect for my music so I just felt like the sound of our voices would be great.”

This is not the first time they’ve collaborated. In 2015, Brandy teamed up with Ty and Kendrick Lamar on “LA” off Ty’s album Free TC.

Brandy’s first album in eight years, b7, was released in July featuring appearances from Daniel Caesar, Chance the Rapper, and her daughter Sy’rai. Ty is set to drop his long-awaited album Dream House on Oct. 23 featuring Nicki Minaj and Kanye West.

Tonight, Ty will join Brandy for the first performance of “No Tomorrow Part 2” at the Billboard Music Awards on NBC.