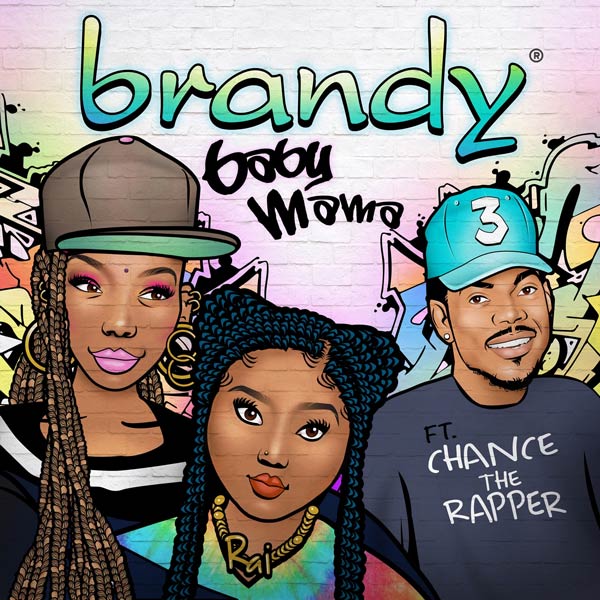 Just in time for Mother’s Day next week, the R&B veteran teams up with Chance the Rapper on her new single “Baby Mama.” On the triumphant anthem, produced by Hit-Boy, the single mother salutes all the baby mamas. “Every day I breathe it’s for my little mama / I’m every woman and a baby mama,” sings Brandy, while Chance pays tribute to the independent women.

Speaking with SiriusXM’s “Laura Coates Show,” she opened up about the empowering bop. “It has such a message,” said Brandy, who is the mother to 17-year-old daughter Sy’rai. “It’s celebrating mothers out there who are out there doing their best for their children and striving in their independence, in their strength, in their power. I just wanted to come out with a powerful message like that.”

This marks Brandy’s first release since “Freedom Rings” last September. She is now readying her seventh album, the follow-up to 2012’s Two Eleven.

“I’ve dedicated the last couple years of my life to my new music, my new project,” she said. “It’s taken me a while, but I’m so happy about the focus and the work ethic that I’ve put into this project. I’m really proud of it and I finally feel ready to present it to the world.”

The “Baby Mama” video is set to debut Monday. Listen below.