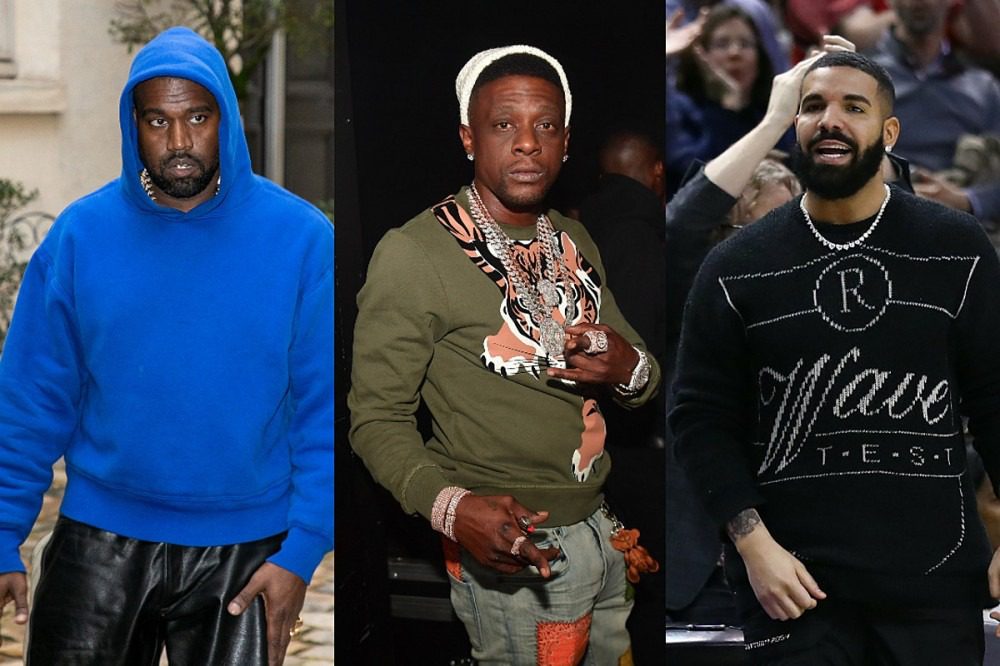 Boosie BadAzz is fed up with Kanye West continuing to bring up his issues with Drake.

On Friday (Sept. 18), ‘Ye added to this week's Twitter rants, continuing to assert that he would help all rappers get their masters and be treated fairly by the record labels. "WE’RE GONIG TO TRANSPARENTLY CHANGE EVERY ALBUM DEAL EVERY PUBLISHING DEAL EVERY MERCH DEAL EVERY TOURING DEAL EXCEPT FOR DRAKE’S DEALS," Kanye tweeted. "JUST KIDDING … I LOVE DRAKE TOO … ALL ARTIST MUST BE FREE."

A few hours later, Boosie decided to weigh in on Kanye constantly referencing his long-standing issue with Drizzy in public. "@kanyewest WHY U CANT KEEP DRAKE OUT YO MOUTH BRA," Boosie questioned on Twitter. "IM GO SAY IT #stophatin #stophatin smh YOU SHOWING STR8 JEALOUSY N YOU AINT EVEN GOTTA DO THAT. U RICH RICH NIGGA. SMH."

Kanye's complicated relationship with Drake once again made headlines earlier this week when ‘Ye demanded an apology from Drizzy and J. Cole during a tirade on Twitter. "I need a publicly apology from J Cole and Drake to start with immediately … I'm Nat Turner … I'm fighting for us," Kanye tweeted.

Later in his tweet spree, Kanye said he wants to have a sit-down with Drake and others to discuss breaking away from the oppressive music industry model. "We need Me J Cole Drake Kendrick all in a room 2gthr … it’s time to get free… we will not argue amongst each other while somebody we don’t know in Europe is getting paid and putting that money in a hedge fund," Kanye posted.

Drake has yet to respond.