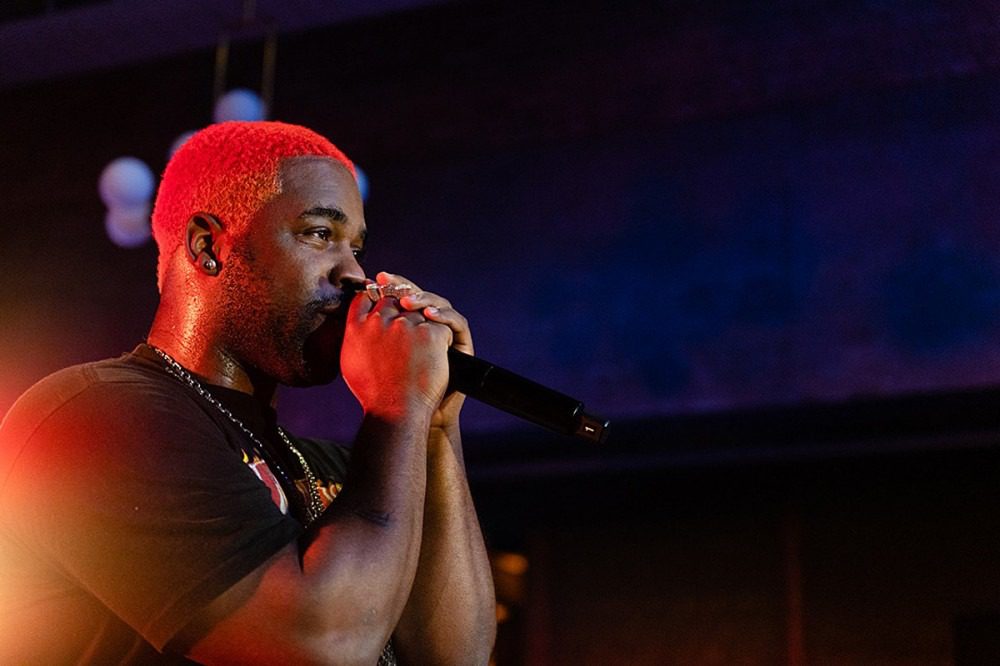 A$AP Ferg has addressed claims that he was recently kick out of A$AP Mob.

During an interview with Hot 97's Ebro in the Morning last month, Ferg revealed that he would speak out on founding member ASAP Illz posting on social media that the Harlem rhymer is no longer a part of the rap collective. At the time, A$AP Ferg confirmed that the tweets from Illz as well as A$AP Bari about him being axed from the crew are real. He also said that the issues between them are "petty" and added that he'd be sharing his piece on the incident on a new song called "Big A$AP" featuring R&B singer Monica, which dropped today (Oct. 2).

Towards the end of the song's second verse, Ferg raps, "How you go and kick the leader of A$AP out? (Yeah)/I keep my foot on these niggas neck 'til they pass out (That's right)/Haha, breathe niggas,"

Elsewhere on the record, the New York native addresses friendships that appear to have suffered due to jealousy. Ferg, however, doesn't drop the names of any members of the A$AP Mob.

"Some of my niggas got jealous, they see their man rose/New Years Eve, Hov's kitchen with the Van Goghs (Hoo, damn)/Last time I seen Nipsey Hussle was on that evenin'/Family fly out to see me becausе niggas be creepin'/I off the fam like Frеdo if them niggas weaken (Damn)/I can feel the resentment every time niggas' speakin'/They congratulate you, then they let the anger sink in/Sleep, one eye up (Right), you never see me blinkin'/Man, I just flex harder so they see me blingin'/Bow down to the Lord, I left you niggas breathin' (Coo-coo, yeah)," he rhymes.

Back in August, A$AP Illz accused A$AP Ferg of stealing ideas from him, thus revoking his affiliation to the group. "Ferg ain't ASAP NO MORE sorry guys," Illz began in a series of posts on his Instagram Story. "That nigga burnt out , songs dumb trash mr anthem cant get right." He adds, "Niggas be your mans to try to pick your brain & steal not to be loyal and real."

Illz also shared screenshots of a contentious text exchange between himself and the "Move Ya Hips" artist. A$AP Bari later chimed in, concurring with Illz that Ferg has been exiled from the rap clique.

Days later, A$AP Nast tweeted that A$AP Ferg hadn't been removed from their crew. He went on to liken the issues between the Mob members to a family dispute.

The New York-based A$AP Mob was founded back in 2006 by the late A$AP Yamz, Illz and Bari. Ferg and A$AP Rocky were added to the collective the following year.