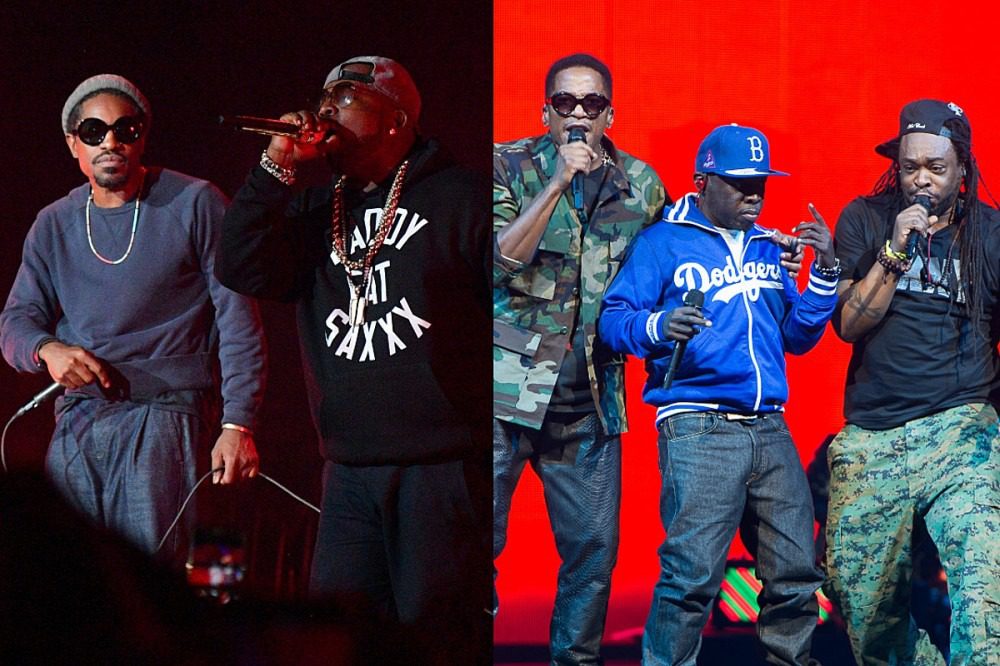 The second season of Verzuz battles will feature an epic clash between OutKast and A Tribe Called Quest.

Verzuz co-creator Swizz Beatz let the cat out of the bag during an Instagram Live session with Kid Capri on Friday (Nov. 6). "We got Tribe Called Quest and OutKast," Swizz revealed, adding that the battle is pending. "I wasn't even supposed to say that. I might have just fucked that all up."

He added, "We love them and we got patients. So, whenever they ready we ready, 'cause Verzuz is not just something for the pandemic. It's something for the culture, permanently. That's what I want people to understand. We got so many lined up, we ain't even start yet."

The Verzuz format, co-created by Swizz Beatz and Timbaland has become a hit during the pandemic, as fans get to see some of their favorite artists go hit-for-hit on Instagram Live. Some of the highlighted matches have included DMX vs. Snoop Dogg, Fabolous vs. Jadakiss, 2 Chainz vs. Rick Ross, Nelly vs. Ludacris and more. They have not been restricted to rap. Monica vs. Brandy, Bounty Killer vs. Beenie Man, Eryakh Badu vs. Jill Scott have also been hits.

Picking battles has even become a point of contention. Earlier this year, 50 Cent and Ja Rule's beef was reignited after Fif shot down Ja's proposal to battle it out on Verzuz. Most recently, Busta Rhymes called out T.I. However, the King did not take the bait. To kick off season two, T.I. and Jeezy will go head-to-head on Nov. 19.