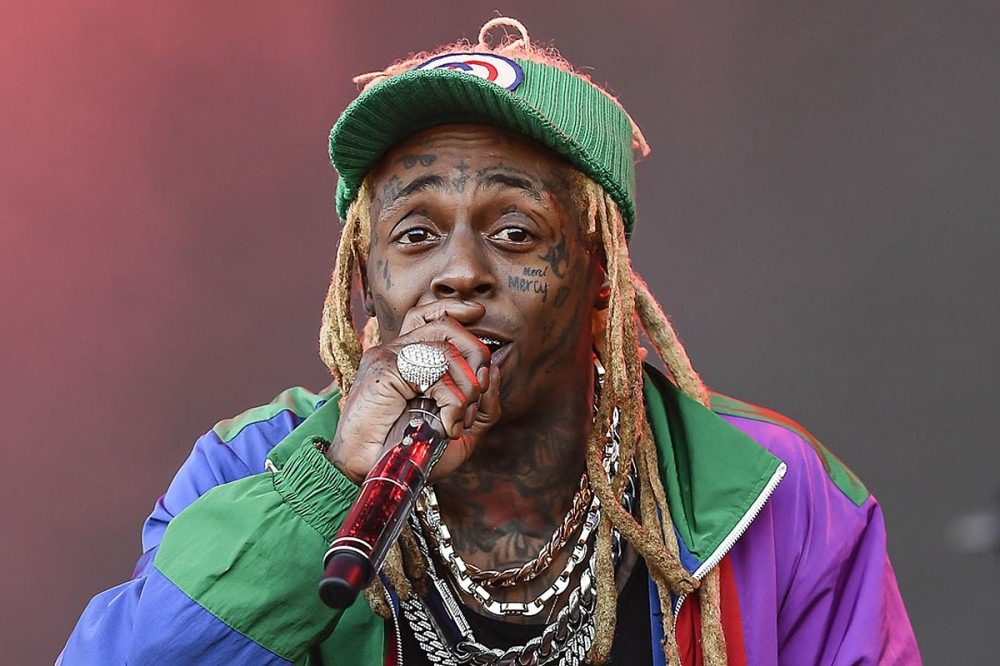 Jimmy Winfrey, the man police accused of shooting at Lil Wayne's tour bus in Atlanta back in 2015, has been released from jail.

Winfrey, who also goes by the moniker Peewee Roscoe, announced his newfound freedom to the world via Instagram the day he got out, with a photo standing on the steps of a private jet. "IM FREE DEATHB4DISHONOR $LATTMAFIA BIZNE$$ 4EVERYOUNG GOATFREE BANKROLLMAFIA Y$L," he captioned the photo.

Earlier today, Young Thug, who reportedly used to employ Winfrey as his tour manager, posted a video of Winfrey on his Instagram page. In the clip, Winfrey brags about reading the Bible in prison and how it helped him get in touch with God. "Ever since then, guess what, bruh, I've been a different muthafucker… God made all this happen… I'm already joined with the man above," he says.

On April 26, 2015, Lil Wayne's tour bus was shot at on I-85 in Atlanta following a confrontation after a performance at Club Compound. The bus was not struck by any bullets. No one was injured during the shooting. No suspects were arrested in connection with the crime. Over a month later, on June 2, 2015, Winfrey turned himself into Cobb County Police where he was initially hit with charges of aggravated assault, terroristic threats, possession of a firearm by a felon and criminal gang activity, and faced 20 years in prison.

Young Thug and Birdman, who were both at odds with Wayne at the time, were listed as co-conspirators in the initial indictment. There were also calls between Birdman and Winfrey shortly after the shooting that fueled speculation the Cash Money Records CEO may have somehow been involved. However, neither Birdman nor Young Thug were ever officially charged in connection with the shooting.

Winfrey originally pleaded guilty to six of the 27 counts he faced. He was sentenced to 10 years in prison and 10 years of probation in 2015. However, he appealed the ruling, claiming he was pressured into a guilty plea by the judge. His conviction was overturned in 2018.

He struck a plead deal this past August where he agreed to plead guilty to two counts of violation of the Street Gang Terrorism and Prevention Act. The deal waived 25 other charges including four counts of violation of the Racketeer Influenced and Corrupt Organization Act (RICO Act), a dozen counts of aggravated assault and one count of possession of a firearm during the commission of a felony. He was then sentenced to seven years in prison and was credited with over five years of time served.