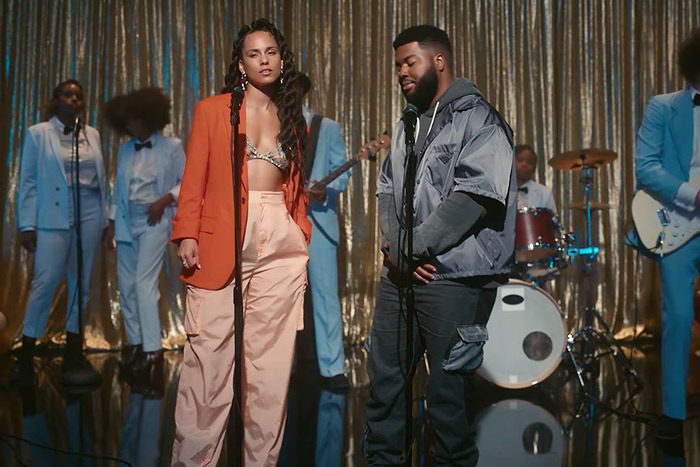 The R&B songstress enlists Khalid for her liberating new single “So Done.” On the guitar-driven track, written by Keys, Khalid, and Ludwig Göransson, the 15-time Grammy winner lets go and lives for herself.

“‘Cause I’m so done / Fighting myself, going through hell / I’m living the way that I want,” she sings.

Along with the song, Alicia has debuted a video starring American Honey actress Sasha Lane. In the Andy Hines-directed clip, she and Khalid perform at a prom before the party is disrupted by motorcyclists.

“I’m so excited to share ‘So Done’ with the world. We call it a trance! The energy is inescapable!” said Alicia. “Collaborating with Khalid on this one was very special. This song is about being done with changing yourself for the sake of others and letting go of any one else’s ideas of how your life should look.”

“So Done” marks Alicia’s first release since “Perfect Way to Die” in June. Prior to that, she released a series of tracks including “Good Job,” “Underdog,” “Time Machine,” and the Miguel-assisted “Show Me Love.”

Her seventh studio album ALICIA is due this fall. She also recently announced plans to launch her own lifestyle beauty brand in 2021.