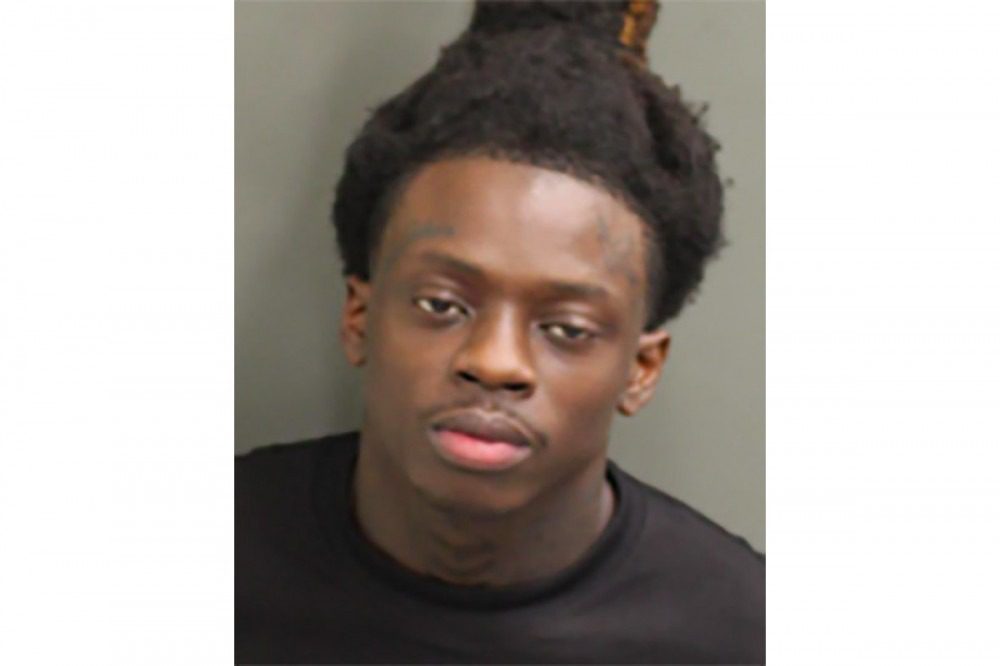 9lokknine has been arrested on another set of weapon charges stemming from a July shooting incident.

According to police records obtained by XXL this afternoon (Oct. 9), 9lokknine, born Jacquavius Smith, was arrested in Orlando, Fla. on charges of possession of a firearm by a convicted felon and possession of a short-barreled rifle on Thursday (Oct. 8). He posted $5,000 bond for each charge today and was released.

Back on July 28, the Florida-bred rapper was taken into custody on attempted second-degree murder with a firearm, throwing/shooting into an occupied structure or dwelling and possession of a firearm by a convicted felon in connection to his involvement in a July 27 shooting that damaged a home in the Rosemont neighborhood of Orlando. He was released on bond thereafter. According to the arrest affidavit obtained by XXL as well, the home damages included multiple bullet indentations on the exterior of the home.

The day after the shooting, the Orlando Police Department Fugitive Investigative Unit located 9lokknine by using an address on his bond paperwork. When driving by the residence, officers also discovered a vehicle, registered to the 20-year-old rapper, that had bullet damage on the bumper.

A search warrant was obtained that same day as law enforcement believed 9lokknine went back to the home where the shooting took place. The Orlando Police Department's Assault and Battery Unit located two guns inside of the home: a firearm and a short-barreled rifle, which was stolen from a gun store burglary in Oviedo, Fla.

The following month, on Aug. 20, a search warrant was written to obtain DNA from 9lokknine to determine if there was a match between the rapper and the firearms officers discovered at the home. The warrant was acquired days later to execute the DNA analysis. On Oct. 5, it was determined that the "Why You Lying" artist's DNA matched that of the stolen rifle resulting in his arrest on Thursday.

This isn't 9lokknine's first run-in with the law. In January, he was arrested for carrying a concealed firearm in Miami.

Before that, in May 2019, he was imprisoned for possession of marijuana with the intent to distribute and illegal firearm possession. He was faced 17 charges relating to the arrest. The most severe of the charges were possession of cannabis with intent to sell, possession of a firearm by a convicted felon and third-degree grand theft of a firearm.

XXL has reached out to 9lokknine's attorney for a statement on this matter.