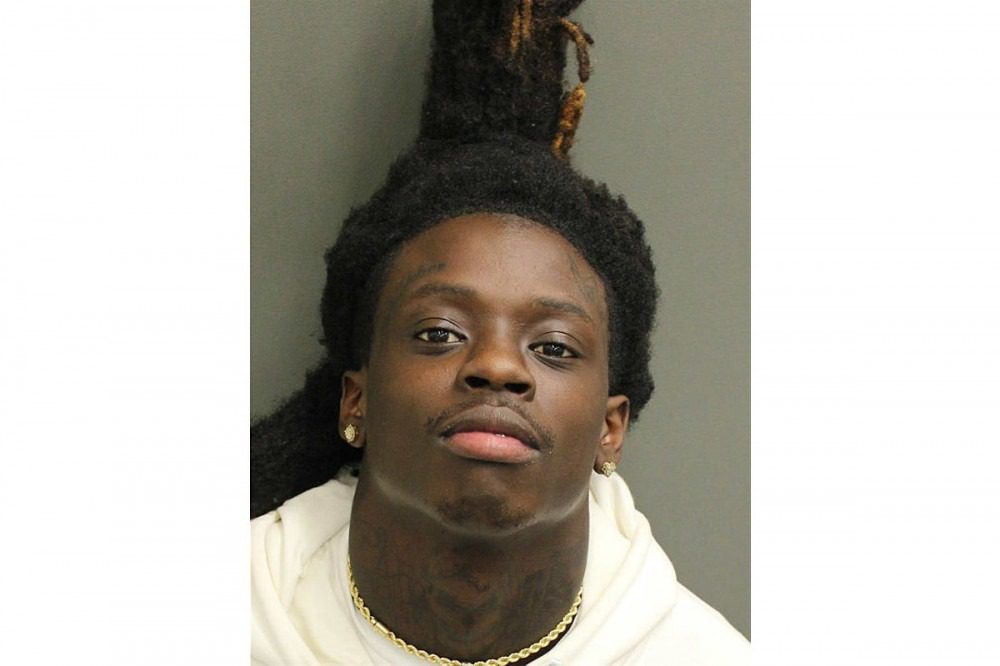 Orlando, Fla. rapper 9lokknine has been arrested in his hometown for the second time in less than a month on weapons charges.

News of this recent arrest comes less than a month after 9lokknine was arrested on similar charges on Oct. 8, including possession of a firearm by a convicted felon and possession of a short-barreled rifle. In that case, he was reportedly the target of a shooting at the Mall at Millenia in Orlando. When police arrived on the scene, they arrested the alleged shooter, Jaheim Graham, and also booked 9lokknine on charges related to a shooting he is accused of being involved in over the summer.

Back on July 24, 9lokknine was arrested on five counts of attempted second-degree murder as well as throwing/shooting into an occupied structure or dwelling and possession of a firearm by a convicted felon. He is accused of being involved in a shooting that took place at the Rosemont neighborhood in Orlando. A witness told police two black sedans pulled up outside her house and several men got out with weapons and started shooting at the home. One of the residents identified one of the shooters as an associate of 9lokknine who is "always together" with the rapper. A warrant was issued for his arrest and the rapper surrendered to police.

Authorities later obtained a search warrant for the rapper's home and the Orlando Police Department's Assault and Battery Unit located two guns inside the residence: a firearm and a short-barreled rifle, which was stolen from a gun store burglary in Oviedo, Fla. DNA analysis later determined the weapons had been in 9lokknine's possession.