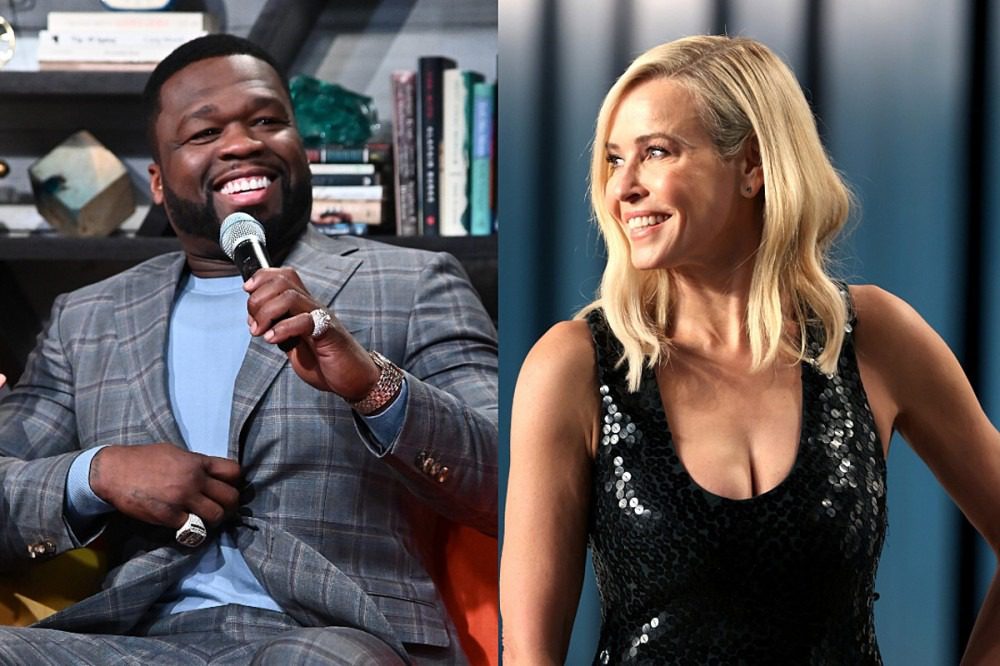 It appears 50 Cent has had a change of heart about his support for President Trump, following two propositions from his ex-girlfriend, Chelsea Handler.

On Sunday (Oct. 24), Fif posted a video on Instagram of a clip of Handler's recent appearance on The Tonight Show Starring Jimmy Fallon. During the clip, Handler and Fallon discuss the Queens rapper recently coming out in support of Trump after saying Democratic presidential nominee Joe Biden's tax plan would cost too much.

Handler then offered 50 a proposal. "I haven't heard back from him yet, but I'm willing to, you know, seal the deal in more ways than one if he changes his mind and publicly denounces Donald Trump," she added. "I might be willing to go for another spin, if you know what I'm talking about."

50 made his answer clear in the caption. "A what, 😳another spin 💫Fuck Donald Trump, i never liked him," 50 captioned the video. "For all i know he had me set up and had my friend Angel Fernandez killed but that’s history. LOL," he added, referencing a line from the film Scarface.

Handler later responded to 50 on Twitter to make sure her offer was being taken seriously. "Honey- does this tweet me we can count on a vote for you for @JoeBiden?," she tweeted. "I’m happy to discuss this with you privately. My phone number is still the same. Your’s isn’t. I’ve tried calling you."

This is Handler's second attempt at getting 50 Cent to change his mind about publicly supporting Trump, whether jokingly or not. Last week, after hearing the rapper's gripes about what he thought Joe Biden's tax plan detailed, she offered to foot the Get Rich or Die Tryin‘ rapper's tax bill.