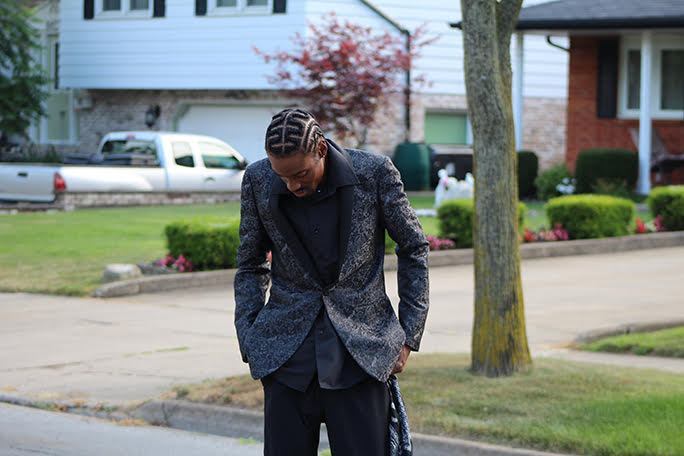 Canadian hip hop artist Toronto Poor Boy takes a moment to appreciate a hard-earned life and all its triumphs in this, his newest single, “Low Key” — available now!

“It’s easy to be so focused on the future,” he offers. “We can all use a little reminder to celebrate the hard work, the time, and the effort we’ve put towards our goals, and our life.”

“Low Key” is the second to land this month from the Toronto-based rapper, and the latest in his inspiring set of lyrics that often draw from his complex past.

“These are messages that are very personal to me,” the Toronto-based rap master says. “They bring the new decade’s energy into focus, and talk about the struggles to become the best version of yourself.

“It’s about being proud in the present as we look towards building the future.”

With almost 350,000+ total views across YouTube, and radio airplay throughout Toronto, Australia and the UK, Toronto Poor Boy’s “Low Key” continues to set the stage ahead of his forthcoming debut studio album — available this Spring via Canyon Entertainment Group.

Hot on the heels of his late 2019’s single release, “Karma,” and 2020’s kick-off with “Big Dreams,” “Stronger Now” and “Low Key” continue to amplify the Jamaican-born entertainer’s dynamic blend of hip hop, rock and reggae, while drawing audiences to his magnetic online presence.

Together, they’ve all become something of a mantra when it comes to Toronto Poor Boy’s own story. His music has its own unique sound of hip hop mixed with reggae, rock and even pop, based on being born in Jamaica and immigrating to Canada as a young teen.

Making his way on his own in Toronto, he tells stories through his lyrics that listeners can relate to based on their own, individual struggles and triumphs. A ‘put your head down’ and make it happen kind of guy, his hard work and dedication to making a living, and making music at the same time, has produced interesting, powerful and meaningful songs, with a unique sound unlike most other artists.

It’s this come up — from straits to the stage — that magnifies Toronto Poor Boy’s achievements in working hard to pursue his dream of writing and performing. It’s his personal story that creates such a rich and dynamic storytelling within the rapper’s music.

Toronto Poor Boy’s music is very much a reflection of his complex identity; “I’m very much two people,” he says. “Not innocent or bad, but both parts exist simultaneously.”

“Ultimately, it’s my goal to inspire those in my community. My message to everyone is to never give up, and keep working on those ‘Big Dreams.’”