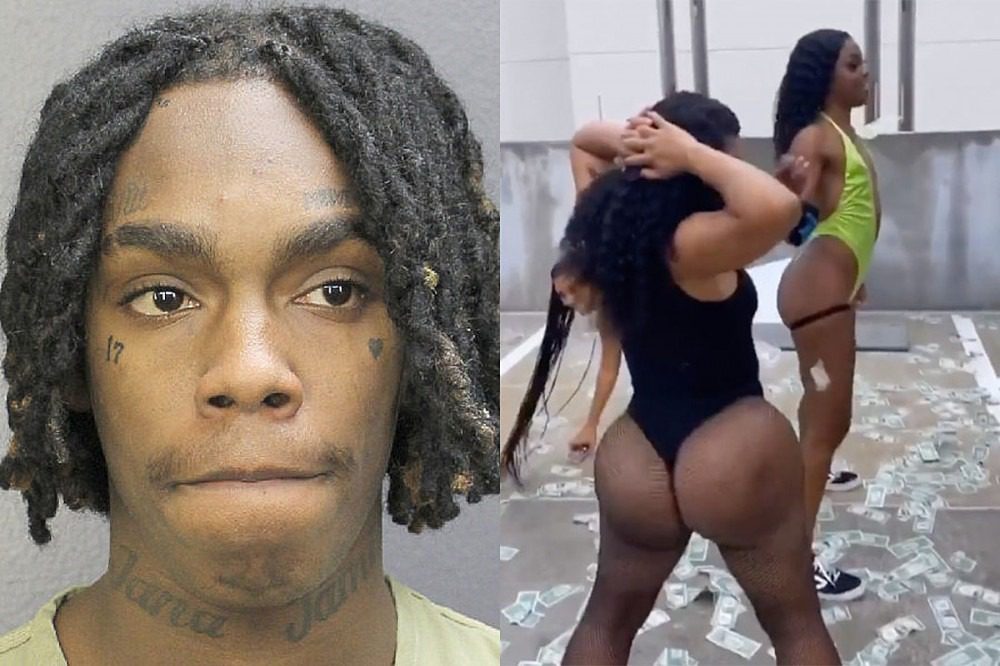 Although YNW Melly remains in Broward County Jail awaiting his trial for the 2018 double murders of YNW Juvy and YNW Sakchaser, his mother and girlfriend have surprised him with a gift to presumably keep his spirits up.

On Wednesday (Nov. 4), videos from a party that took place outside of the Florida-based rapper's jailhouse were shared to Instagram by an exotic dancer who attended the make-shift function.

"Going viral right now…. happy birthday @ynwmelly somebody leaked the footage so fuck it it's out now!!!," she wrote, before announcing more details about the party. "We threw him a party outside the jail #freeynwmelly #worldstarhiphop !! @kittyondemand @worldstar @worldstarhiphip @theshaderoom @theshaderoomteens."

In the brief clip, YNW Melly's mother is seen among women dressed in revealing one-piece outfits throwing money on the women while loud music and men, who are assumed to be connected to the "Murder on My Mind" rapper, dance in a parking lot near the jail.

While the adult entertainer has claimed the event to be a birthday party for the incarcerated rhymer, Melly's birthday is actually in May. However, since the footage was apparently leaked, according to comments on Instagram, it is possible that the party did take place during the spring.

Going viral right now…. happy birthday ynwmelly somebody leaked the footage so fuck it it’s out now!!! We threw him a party outside the jail #freeynwmelly #worldstarhiphop !! @kittyondemand book @kittyondemand we turn up any party!!!

In another post connected to the event, the same dancer confirmed that Melly's mother and girlfriend set up the party. The celebration appears to have taken place on the top level of a parking lot directly across the street from the jail Melly's currently being detained in. In the video, the windows of the different jail cells can been seen as well.

The rapper, born Jamell Demons, has a court appearance scheduled for a hearing on Jan. 28, 2021 at the Broward County Central Courthouse in Fort Lauderdale, Fla. So it's also possible the party is meant to keep Melly uplifted while he awaits his forthcoming trial.

Most recently, a new development in the case revealed that the Indian River County Sheriff's Office in Vero Beach, Fla. has arrested Traveion Banks, 18, for an attempted murder warrant. He is being charged with attempted murder with a firearm causing great bodily harm in the shooting of 43-year-old Shelvick Henry. Henry is related to YNW Bortlen, Melly's co-defendant in the 2018 murder case of YNW Juvy and YNW Sakchaser. Authorities received several anonymous tips stating that the shooting was in retaliation for Bortlen's alleged involvement in the killings.

Melly maintains his innocence in the murders of his former friends Sakchaser and Juvy, and has previously pleaded not guilty. YNW Bortlen has been released on bond and is currently on house arrest.