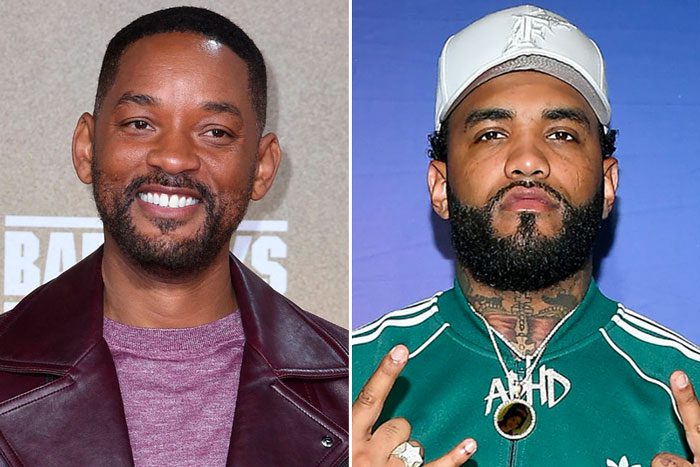 Joyner Lucas calls on the man himself, Will Smith, for the official remix to his aptly-titled single “Will.”

The new version features a nearly two-minute verse from the 51-year-old icon, who responds to Joyner’s praise by listing some of the legends who inspired him including Nelson Mandela, Julius Erving, Muhammad Ali, and Martin Lawrence.

He also pays his respect to the late James Avery, who played Uncle Phil on “The Fresh Prince of Bel-Air,” and reflects on his legacy, including 60 million records sold. “I was on fire, I didn’t even need a grill / Did it all with no cuss words / I ain’t have to curse just to keep it real,” raps Will.

He ends by calling Lucas a “legend in the making” and acknowledging his wife Jada Pinkett and their kids. “All my kids turned out great and I know your son gon’ be great too,” he tells Lucas.

The collaboration came together after Jaden Smith showed his dad Lucas’ innovative video, which pays tribute to Will and his iconic roles in “The Fresh Prince of Bel-Air,” Bad Boys, and Men in Black.

Smith praised Lucas after seeing his one-of-a-kind tribute. “Dude, I am humbled and honored,” he wrote. “I just love what you’ve done, it’s creative. This video is ridiculous.”

The original version of “Will” can be heard on Lucas’ album, ADHD, which debuted at No. 10 on the Billboard 200.

Lucas will join Will and Jaden for a special episode of Smith’s new Snapchat series, “Will At Home,” where they will discuss the “Will” video, which has over 21 million views on YouTube.