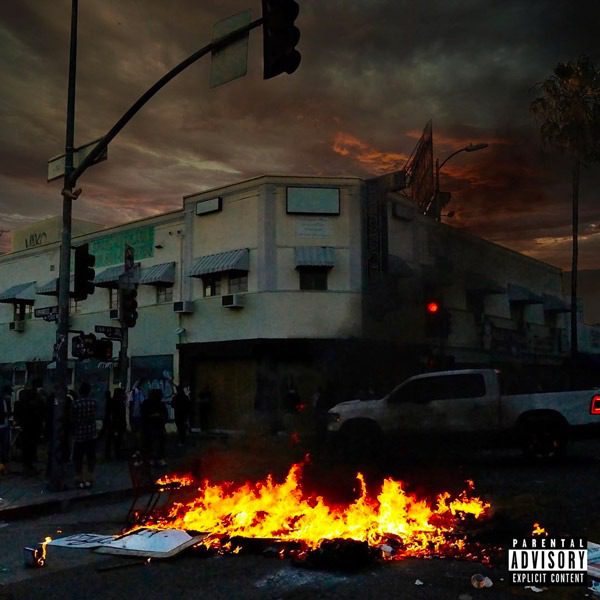 Wale is lending his voice to the revolution.

In honor of Juneteenth, the D.C. rapper delivers his surprise EP, The Imperfect Storm. Inspired by the Black Lives Matter movement, Wale hit the studio and recorded the six tracks “with a revolutionary spark and his ancestor’s spirit.”

The D.C. rapper, who is nominated for Best Collaboration at the BET Awards, makes a statement on the powerful, poetic, and politically-charged tracks, which include “!,” “MOVIN DIFFERNT,” and the closer “MAAJO.”

“I try and watch the news, but I’m lashing out before crying out / My daughter seen a murder on cellular phone,” he raps on the heartfelt “JUNE 5th / QueenZnGodZ.” “We ain’t never been perfect, but this family ours / Yo America, tuck your shirt in, your devil is showing.”

The striking cover art was designed by Kenny Huyng and features a scene from the protests with flames rising from a cop car on L.A.’s Fairfax Ave., signaling the oncoming storm.

Stream The Imperfect Storm below.