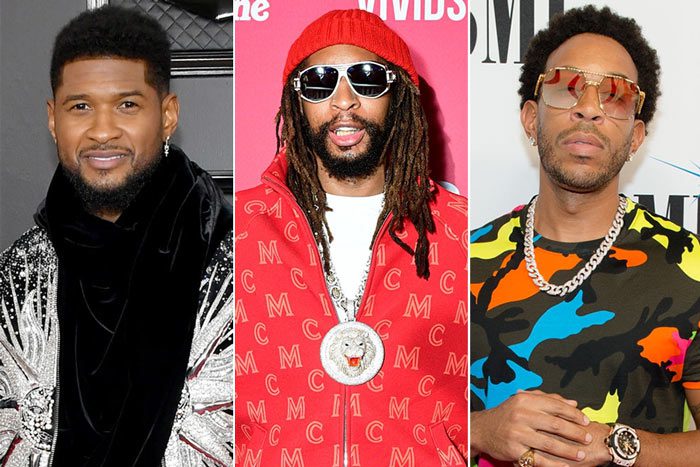 You know they had to do it again, right?

Sixteen years after topping the charts with “Yeah!,” Usher, Lil Jon, and Ludacris reunite on their new collaboration “SexBeat.” On the bass-heavy bedroom banger, produced by Jermaine Dupri, the trio rekindles the magic of their past hits, 2004’s “Yeah!” and “Lovers and Friends.”

Luda kicks things off with a sex-drenched verse before Usher turns up the heat. “SexBeat, put this on and watch us take it as far as you let me,” he sings, while Lil Jon adds his crunk ad libs.

The song, which Lil Jon previewed during his beat battle with T-Pain, has already sparked the #SexBeatChallenge, with social influencers showing off their sexy moves on Instagram and TikTok.

The trio is slated to perform together at the Lovers & Friends Festival, which has been rescheduled for Aug. 8 at Dignity Health Sports Park in Carson, Calif.

Usher has been in the headlines this week after The Weeknd claimed that he copied his sound on his 2012 hit “Climax.” Usher responded with his own falsetto-driven #ClimaxChallenge before The Weeknd addressed his controversial comments. “Usher is a King and always an inspiration so it was flattering to hear what him and Diplo did on climax,” he tweeted.

“SexBeat” follows Usher’s Ella Mai-assisted single “Don’t Waste My Time,” for which he debuted a video last month. He is now readying a new album, his first since 2016’s Hard II Love, which may feature the recently-teased “Confessions Part III.”