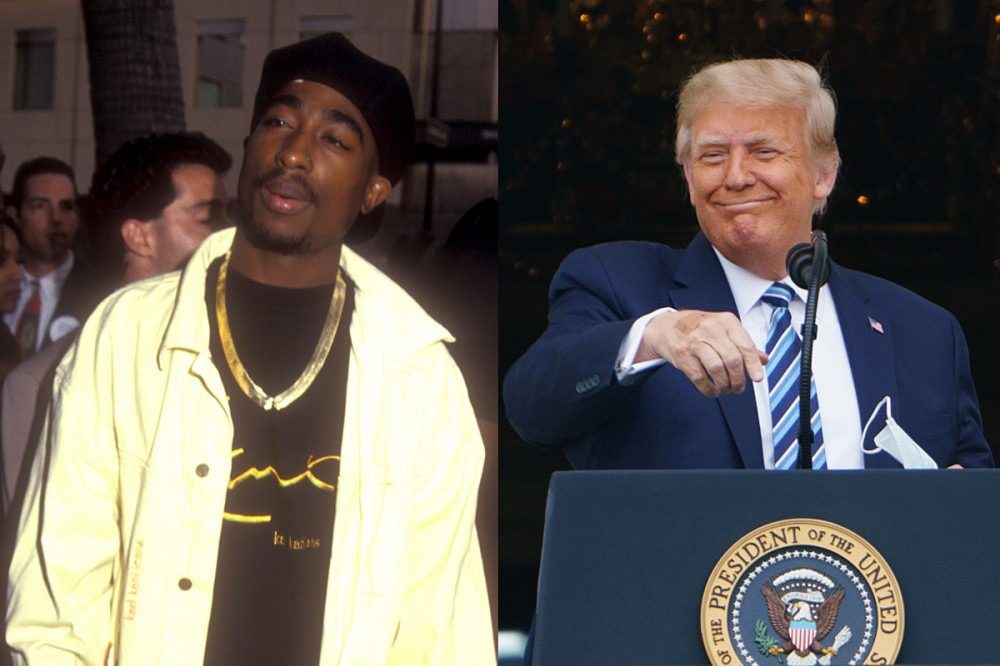 Tupac Shakur's stepbrother is calling out the President Trump campaign for using the late rapper to try and mock Senator Kamala Harris.

On Sunday (Oct. 11), TMZ published an article where they talked to 'Pac's stepbrother, Mopreme Shakur, about the Trump campaign leaving a ticket for Tupac at the resent vice presidential debate to try to mock Harris, who has misspoken on the iconic rapper on multiple occasions. Mopreme called the stunt "clearly disrespectful." He added, "We should know Trump's lack of respect for the Black and Brown community."

As previously reported, the Trump campaign thought it would be a hilarious idea to leave an admit one for the dead rapper at the recent VP debate, in a move to try and clown Harris for continually getting her Tupac facts wrong. They even boasted about it on social media. "We have left a ticket for Tupac Shakur, Sen. Harris' favorite rapper alive… I'm personally more of a Biggie fan, if he's still alive, b we will have a ticket for Tupac," senior campaign adviser, Jason Miller allegedly said on a press call.

The petty move came after Harris was quoted as saying Tupac is the best rapper alive during an interview with CNN political commentator Angela Rye on Sept. 25. During an interview on The Breakfast Club last February, Harris was caught in a bit of a fib after she stated that she once smoked weed in college while listening to Tupac. That would be impossible seeing as Harris graduated from college from Howard University in 1986. Tupac's debut album, 2Pacalypse Now, didn't come out until 1991.