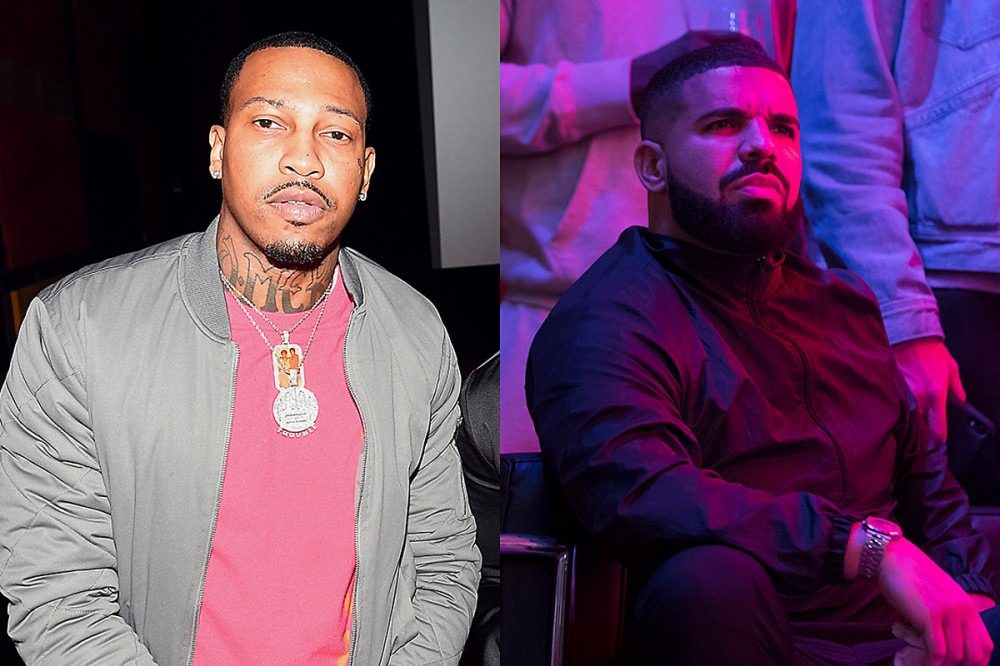 Trouble has made a very shocking admission by jumping into a conversation about getting a feature from Drake.

On Monday (Nov. 30), comedian and artist Lil Duval posted a poll on Twitter asking his followers if they would let Drizzy have sex with their wives in exchange for a verse from the 6 God. The options Duval posed were "he can run thru her" and "no can do." The social media account Say Cheese TV reposted Duval's poll on Instagram and that's where Trouble admitted that he'd let Drake sleep with his wife for a feature.

For the final results of the poll, 69.3 percent of people said they wouldn't let Drake sleep with their wife, but 30.7 percent said that they would be down.

Lucky for Trouble, he already has a track with Drake. The two rhymers collaborated two years ago on the TM88-produced track "Bring It Back," which appears on Trouble's debut album, Edgewood, with Mike Will Made-It called. The LP and the visual for the record both came out in March of 2018. The video features scenes from Trouble's short film, Edgewood, which shares the same title as his album.

As far as Drake goes, while fans await his Certified Lover Boy album, which is expected to arrive in January, reports recently surfaced online that he's selling candles that smell like him. There are five scented candles altogether: Carby Musk, Sweeter Tings, Williamsburg Sleepover, Good Thoughts and Muskoka. Carby Musk is going for $80 while the others are priced at $48.

See Life Lessons From Drake That Young Rappers Can Learn From