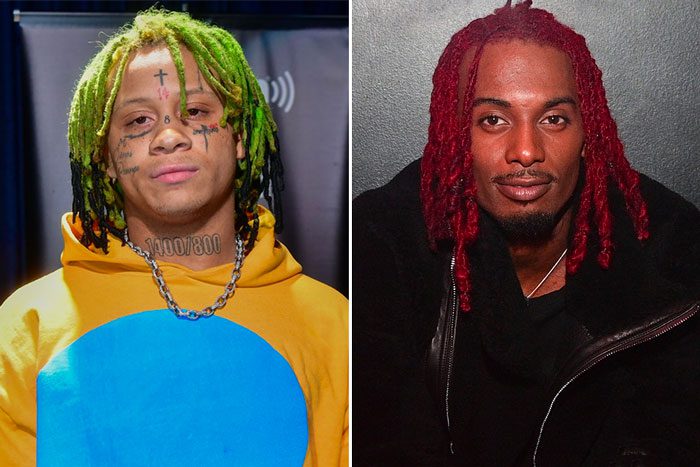 Trippie Redd connects with Playboi Carti on his new single “Miss the Rage.”

Over the bass-heavy beat, the duo brings the carefree vibes. “I can’t see a damn thing if it ain’t guap / They like Stevie, they can’t see me,” they rap. “They wanna be me / I’m in that ‘Ghini / Whip like zucchini, water, Fiji.”

Trippie recently named Carti, as well as Lil Uzi Vert, among his top 5 rappers. “They was on some other shit for the young ni**as. They did some crazy shit for us,” he told XXL. “They really opened doors for us to do a lot of shit that we do. You know, the ni**as from the SoundCloud era might not say it too much, but definitely, they some of the GOATs from our era.”

“Miss the Rage” follows the February release of Trippie’s rock album Neon Shark vs. Pegasus, produced by Travis Barker. The project, which served as a deluxe edition of Pegasus, features appearances from Machine Gun Kelly and blackbear.

Trippie is now readying his next project Trip at Knight, which will feature a collaboration with Polo G, Lil Tjay, and The Kid LAROI.

Carti recently dropped a video for his Whole Lotta Red single “Sky” and teased an album of his own.