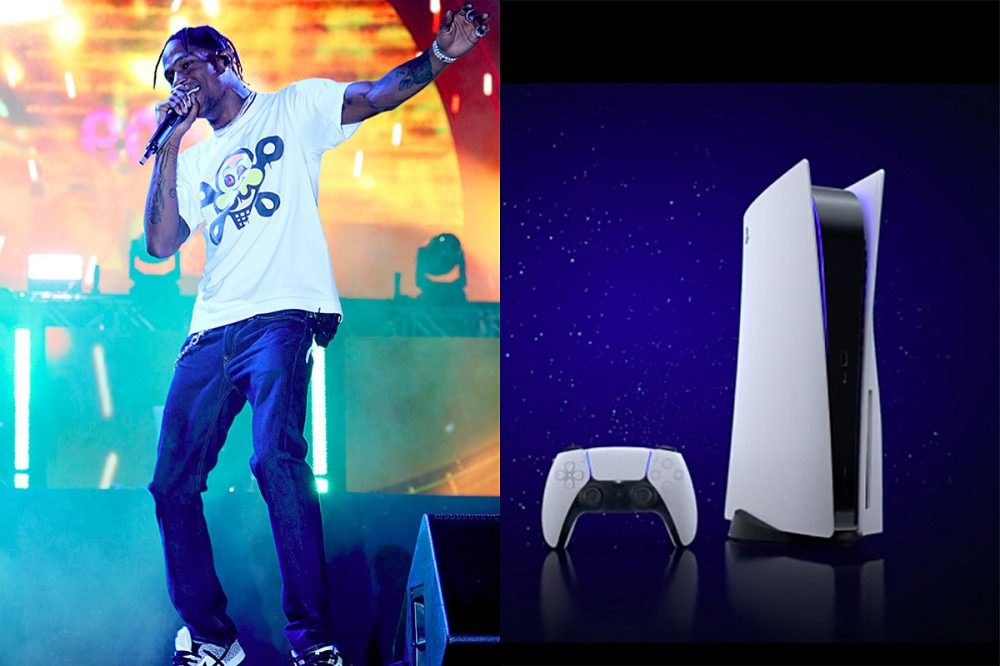 PlayStation announced last week that Travis Scott is now a creative partner for the gaming company. In alignment with La Flame's new position, he has narrated the launch video for the PlayStation 5.

The visual is a nod to Amelia Earhart (the first woman aviator), Mae Jamison (the first Black woman to travel into space), Tenzing Norgay (one of the first people to climb Mount Everest) and Andy Green (current land-speed record holder).

On Friday (Oct. 23), PlayStation shared the news of their partnership with Travis Scott by unveiling a nearly 40-second long black-and-white promotional video featuring three men who have worked on different aspects of the gaming system as well as Travis himself.

The former 2013 XXL Freshman is seen in the video sitting in a chair while holding a PS5 controller as he is being blown by powerful winds.

Travis Scott's new gig with PlayStation follows his recent partnership with McDonald's, in which he received his own meal, and Fortnite, where he provided a once-in-a-lifetime interactive experience for gamers.

Check out the PlayStation 5 launch video featuring Travis Scott below.