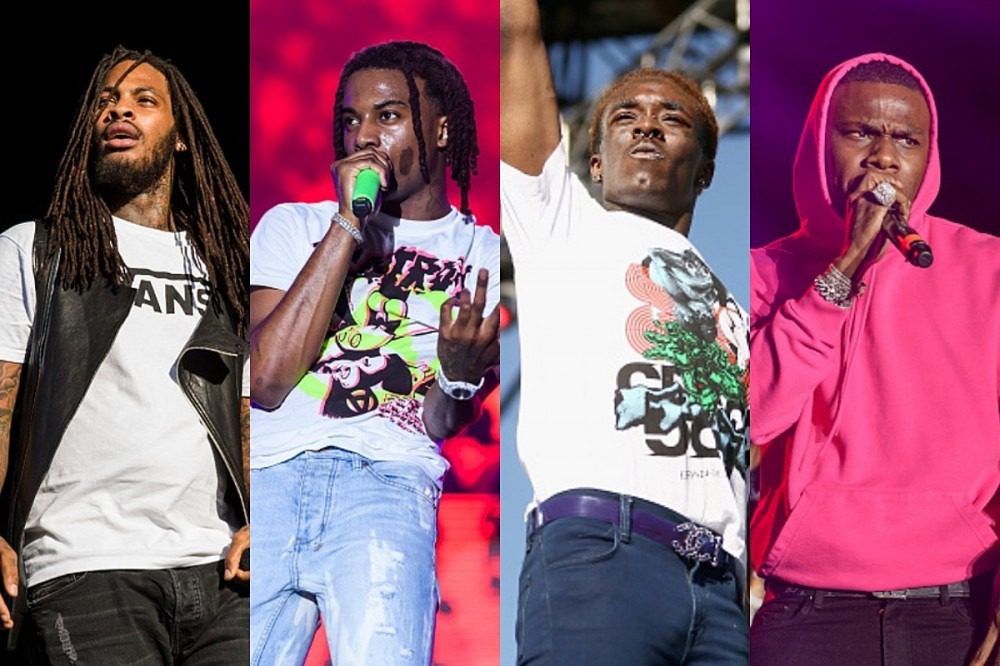 Good ad-libs make a song that more memorable in hip-hop. Nowadays, the improvisations often steal the attention away from the actual bars and in rap music, fans live for those wild moments where the right delivery of one repeated word can have a more lasting impact than a whole 16. If you’ve ever seen footage of rappers actually recording their ad-libs, you know how fascinating the process can be to witness.

Playboi Carti’s ad-libs are clear standouts, especially from the SoundCloud era. As evidenced on songs like Chief Keef’s “Uh Uh,” released in 2018 on Mansion Musik, the infant voice used to utter the word “What?!” has the undeniable ability to elevate the quality of the song. It’s energetic, and so is Carti when he delivers it.

Lil Uzi Vert can relate. The Philly rapper’s “Yeah” is a simple yet effective maneuver that balances the line-by-line slashes on tracks like “Myron,” housed on the 2020 release of Lil Uzi Vert vs. the World 2. While it’s often loud in volume, you’d be surprised to see that Uzi lays down that signature sound with a still body. Similar to DaBaby's deliver of his deep-voiced "Yeah, yeah."

Elsewhere, Waka Flocka Flame'’s “Bow!” is legendary in the trap sphere. Listen to "No Hands" if you need a refresher. Waka's ad-libs are abrasive and alarming in all of the right ways. And another reason why songs like Yo Gotti’s 2010 smash "Blow Your Ass Off" featuring Waka, Zed Zilla and Starlito slaps so hard. It sounds as if every time Waka lays one down, he’s geeked up in the studio. We can cosign the accuracy of that notion.

Watching a recording of these ad-libs is often rare. Some of the only evidence comes from songs that have yet to be released. But XXL was able to track down 18 examples from your favorite rappers to prove that the process will forever be entertaining. Check them out below.

See the Most Anticipated Hip-Hop Albums of 2021