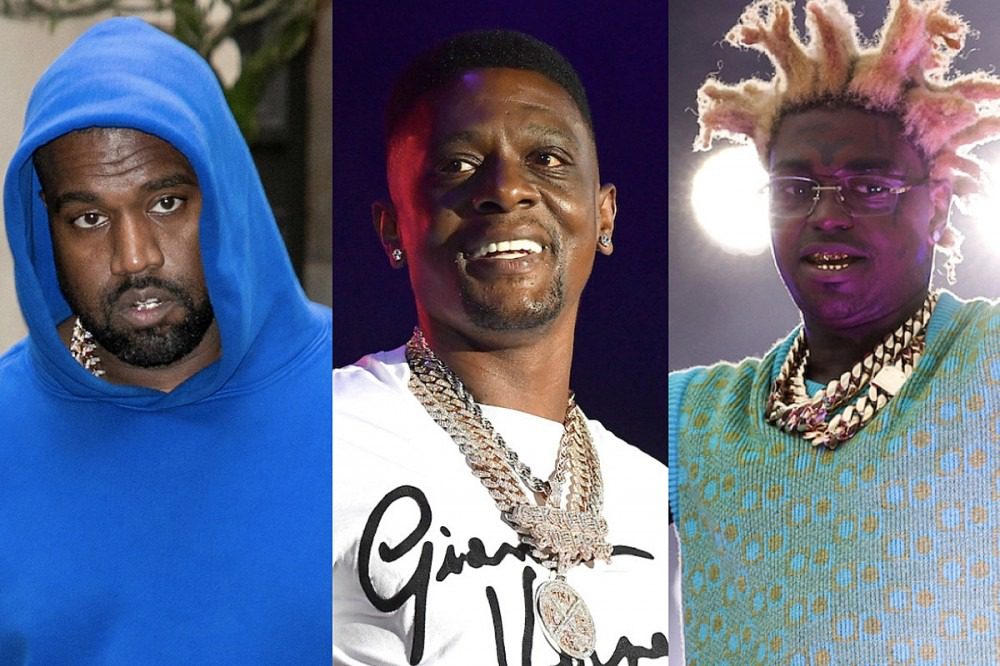 This year, several of your favorite hip-hop artists had rap fans saying "WTF?" when it came to their antics. From engaging in beef to making controversial remarks in interviews to revealing their bedroom activities, rappers had some wild moments in 2021.

In October, Kodak Black had the internet going nuts when footage surfaced of the South Florida rapper being touchy-feely toward his mother, Marcelene Simmons. In the clip, Yak and his mom are innocently dancing with each other at a family birthday party. But things get really weird when Kodak squeezes his mother's butt during their slow dance.

The video itself shocked many of his fans who admonished Kodak for his strange behavior. Several days later, Kodak responded to the backlash by insisting that grabbing his mom's butt was harmless and not sexual.

Meanwhile, Boosie BadAzz made several headlines this year for his purported disdain for Lil Nas X. The Baton Rouge, La. rapper’s initial anti-gay rant following Nas X’s proposed plan to perform nude at the 2021 MTV Video Music Awards garnered him backlash from rap fans and a swift deactivation of his Instagram account. Boosie would continue his homophobic remarks against Nas X on social media, which provoked the Grammy-winning rapper’s father, Robert Stafford, to jump in and defend his son. Despite Boosie’s horrid remarks toward Lil Nas X, the Goat Talk 3 artist told his fans that he doesn’t hate him and still listens to his music.

Then there's Kanye West's beef with Drake, which started this summer during Ye's Donda album rollout. The two rappers have had a roller coaster of a rap friendship. The fallout between Pusha-T and Drake in 2018 was rumored to be partly Kanye's fault since he supposedly told Pusha Drizzy had a child. This year, Yeezy carried on his own beef with Drake through screenshots of text messages and more.

Trick Daddy had a viral moment this year when he revealed his favorite activity in the bedroom. During his interview on N.O.R.E and DJ EFN's podcast Drink Champs, the former Slip-N-Slide Records artist announced that he wanted to expand his "Eat a Booty Gang" membership to include women. N.O.R.E., stunned by Trick's announcement, asked him to clarify. "Yeah, women eat the booty, too. Yeah, I get ate out," the Miami rapper candidly stated. N.O.R.E. then asked Trick if his legs were up in the air during the act, to which he replied, "It depends."

There was so many wild incidents involving rappers this year that it was hard to narrow them all down, but XXL did just that. So without further ado, here are some of the Wildest Hip-Hop Moments of 2021.