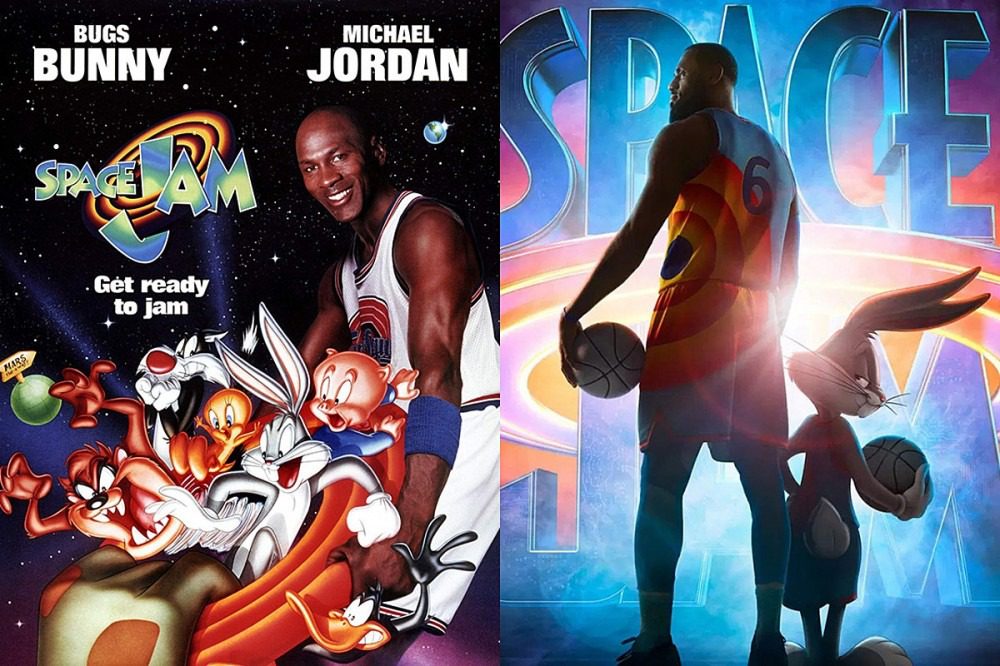 It’s about damn time: Space Jam: A New Legacy, starring NBA star LeBron James, finally arrived on July 16, seven years after being announced. So far, in comparison to the original classic 1996 movie starring Michael Jordan, the much-anticipated rework has been met with mixed reviews on social media ranging from awe at the dazzling animation to the “ad-heavy" appearances of other Warner Bros. characters like King Kong and Pennywise in the cartoon megaverse. You’ll just have to judge for yourself. But no matter the version, this certified classic will forever have an imprint so big that rappers from all generations reference it in their lyrics.

Ahead of the film’s official release last week, a soundtrack featuring the voices of Lil Wayne, Lil Baby, 24kGoldn and plenty more were tagged in to heighten the visuals. Even the villainy Monstars hit home for some like Childish Gambino, who proclaims himself as one on his 2014 song "Late Night in Kauai.”

Cartoon movie characters aside, a lot of rhymers look to achieve as much greatness in the booth as Mike did on the court. Stuffed on Brockhampton's 2017 track "Follow" are memories of Kevin Abstract telling his mom that he wanted to be like the bald man he saw on screen. Many people who came up in the late 1990s also wanted the coveted pair of themed retro Jordan 11s that he rocked in the film. A lot of rappers' bars have come from painting images of wearing those icy soles, evidenced on Fabolous’ 2003 song "Why Wouldn’t I” featuring Paul Cain.

Which one is your favorite?