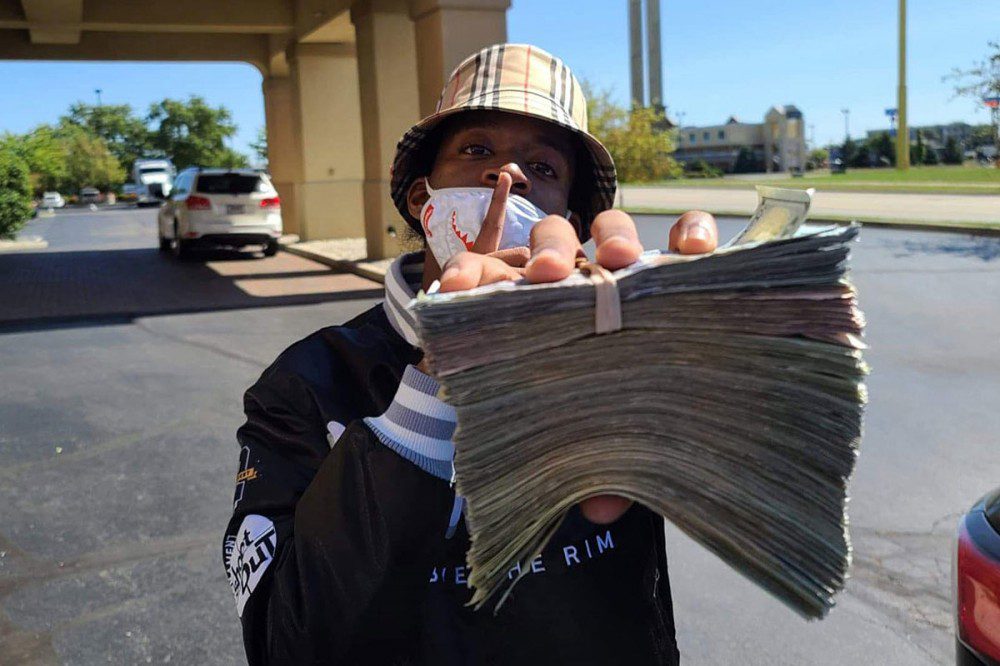 Michigan rapper YN Jay knew his time was coming. Since he was 10 years old, Jay has been rapping, drawing inspiration from his older brother Gabe. A much younger Jay was performing at rap shows and freestyling in cars all over his hometown of Beecher, Mich. He then recorded eight to 10 songs a day once he hit his teenage years. After Gabe's passing, Jay decided he had to make rapping a career in honor of his brother. He dropped the seven-track project MVP in November of 2019, and ultimately delivered on his promise in 2020, when the hilarious, catchy song "Coochie" blew up on YouTube and social media.

Released in April, the track has that very specific Detroit production, but rather than delivering grimy street rap, "Coochie" is a more humorous recollection of YN Jay and fellow rapper Louie Ray's experiences with women. The song caught fire—it currently sits at over 3 million Spotify streams—and the video has been viewed more than 18 million times to date.

After the success of "Coochie," which was made in 10 minutes and the product of YN Jay and Louie Ray quarantining together earlier this year, Jay started to release a flurry of music. His projects Coochie Land and Watch This, released in August and September, respectively, only fed into his buzz, as did his other songs with the word "Coochie" in them: "Coochie Land," "Coochie Scout" and "Coochie Man."

In his own words, Jay set out to create a "Coochie" spiderweb, songs that all promote each other because of their similar style and topics. On top of that, he has a reputation as a local ladies' man, so he welcomes the direction things are going in, even referring to himself as the "Coochie Man." Things only got crazier once Lil Uzi Vert went on Instagram Live with YN Jay in tow, revealing his verse on a "Coochie Scout (Remix)," which hasn't been released yet.

In this week's edition of The Break, YN Jay explains how he got here, and his vision for the future.

My style’s been compared to: "People really compare me to the greatest. I wouldn't really be able to tell you a person that people compare me to, but people compare me to the greats. I'm the full package. I feel like people that really listen, that really tap all the way in, them type of people really notice that I got every different lane. And notice that I've got so many different styles that it's really uncomparable. But if anything, a name that I hear a lot is Uncle Luke."

"I feel like even with 'Coochie,' I feel like that song is real. Even though it's funny it's real. Everything we were saying in the song was really real facts. I feel like that's the thing, because I feel like most of my fans really want to hear me rap about coochie and rap about funny things. But 'Gotta Get Rich' is a song that's different."