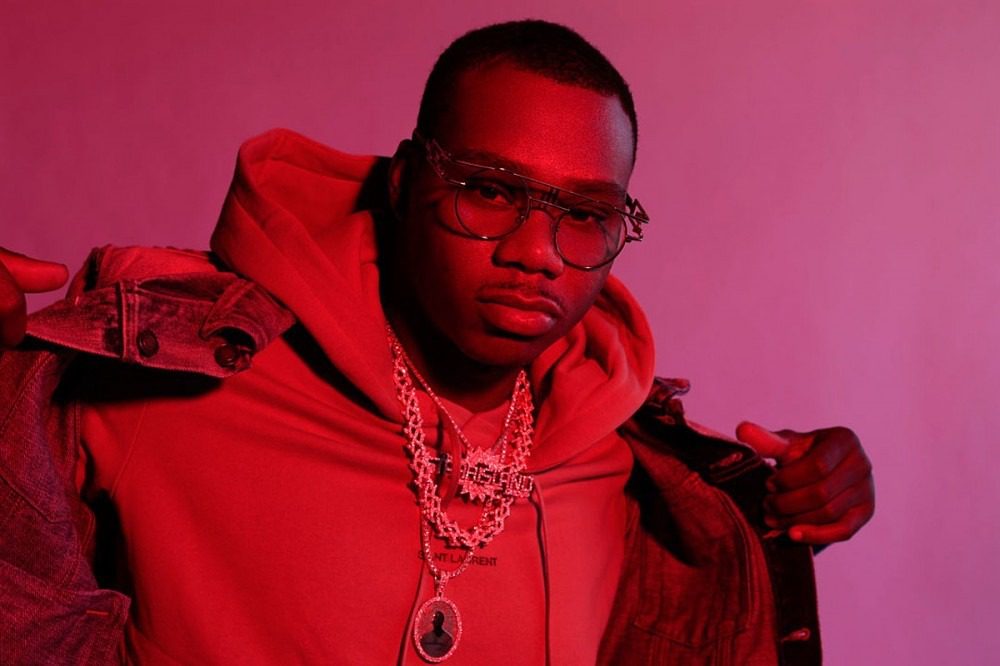 Symba's path to garnering hip-hop recognition and respect has been years in the making. Now, he's readily embracing the spotlight in his direction. At 13 years old, Symba was known for being a talented local basketball player in the Bay Area, his hometown. However, he picked up another skill around the same time. He saw his friend Bam rapping at his house one day, and decided to pick up the mic along with him. Symba evolved into a battle rapper at such a young age, going around school battling other kids.

Studio time came soon after. Symba, who got his name from The Lion King because it was the only movie he'd watch as a child, developed his sound in his junior year of high school. The aspiring rhymer's music caught the attention of a girl he knew from his classes, which made him commit to music fully. He left basketball behind, leading to the rapper Symba is now.

In 2017, he signed a deal with Columbia Records, but when things didn't work out there because of a staff overhaul, he went independent in 2018. A year later, he landed another deal with a new label, signing with Atlantic Records in 2019. Capping off that year, he delivered the strong project Don't Run From R.A.P. [Responsibilities and Principles]. His elite freestyling abilities also got onto LeBron James' radar around that time.

Symba's ability to jump on any beat and go comes from the extensive memory of verses he's already crafted. He's got a stellar skill to branch off to written raps and bars he comes up with on the spot. He destroyed an L.A. Leakers' freestyle last November, and went viral far and wide. LeBron James used his Instagram story to post about Symba's freestyle moment, a major look.

The West Coast rapper is a classic lyricist with modern flows. He's not stuck in more traditional styles of rap and gets how melodies work. Symba can rhyme with the best of them but doesn't get lost in paint-by-the-numbers bars and word salad hip-hop.

Now is his time to shine. Symba is taking his shot at the top seriously, as he shares in this week's edition of The Break.

I grew up listening to: "The greats. Jay-Z, Biggie, ’Pac, Ice Cube, Snoop, E-40, Too $hort, all the legendary people. But I'm also influenced by the young G.O.A.T.'s, too. The Futures, the Drakes, the Kanyes, the Kendricks, the Coles. I'm very, very lyrically-driven, but I also respect what the young guys do with the melody as well. Lil Durk is one of my favorite guys right now."

My style’s been compared to: "Jay-Z, Fabolous, Jadakiss, those are the three I get the most. Man, Jay-Z, is the greatest rapper ever, bro. Ever. And I'm not just saying that because that's my favorite rapper. I'm just saying, even if I didn't like Jay-Z. If you just go off the art of rap, the techniques of rap, he crosses every fucking line, and then some. He's different."

I’m going to blow up because: "Here's the crazy thing, I'm kind of learning as I go because the world ain't fucking open. So, I can't physically feel it. Like I just did The View the other day, but it wasn't… and I'm not saying I'm not grateful, because I'm forever grateful for every opportunity, but at the same time, it wasn't like I hit The View, and got to shake Whoopi [Goldberg]'s hand and perform in front of the crowd to really feel it. I just got a good team that works with me.

"So, a lot of what I'm doing that you see on the internet is just me creating content. Don't nobody tell me when to put it out or how to put it out or what it should look like. I just be going with what feels good and throw that shit up. If it works, it works. If it don't, don't do it again."

What’s your most slept-on song, and why?: "I feel I'm slept on in general, but I can't blame anyone because I'm new. It takes time. But I feel, bro, the shit I'm putting out, at the level I'm putting it out, I can't name a rapper that's putting out the quality of music at the pace I'm putting it out right now. I honestly feel there's not a song on my project you can skip. Then the freestyles I'm dropping as well, the features I'm putting [out].

"Did you hear me on E-40's album [Terms and Conditions, on the song "Pass the Chalice" featuring Capolow]? I don't never take it personal, but, you definitely feel like you slept on when you got the… When you got the 'Big Homie' song, just hitting 2 million views and Lil DuhDunDuhDun did a hundred million in two days, showing his nuts on YouTube."

My standout records to date have been: "I would say 'Big Homie,' 'Gotta Love It' with Ty Dolla $ign and 'Birds in the Bando.' So, when you listen to 'Big Homie,' I think 'Big Homie' fits what streaming music sounds like. It has the flute, it has the drums, the bounce, the BPM, the cadence, everything. But I'm actually saying some dope shit, you know what I mean? I'm not just mumbling through it. I'm really putting some context to it.

"So, with the context, with the streaming thing, I think it's a record that's nostalgic, but still feels like today. I think the Ty Dolla $ign record is just a pure hit. I think it's just a pure hit record. It's proven it's been a hit because Gucci Mane already made a hit, 'Rock star lifestyle might not make it.' 'Birds in yhe Bando' is just different."

I’m going to be the next: "Innovator."