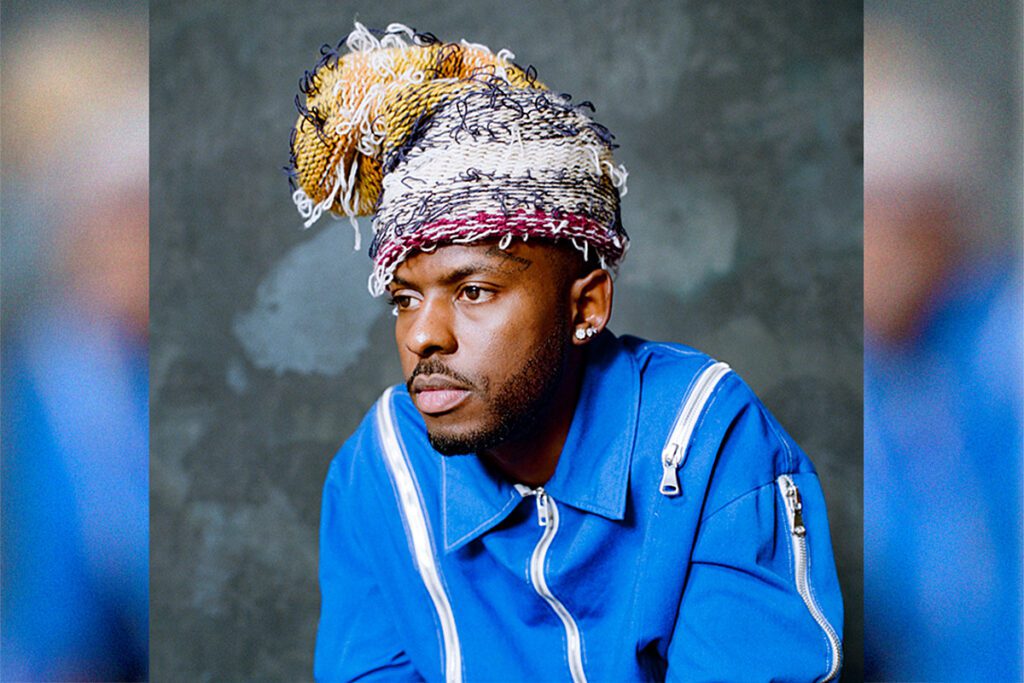 It’s a new day for SwaVay. His music first started to take off a few years back, but now the Atlanta-bred artist has popped back out with a new energy that’s given him more momentum than ever before. SwaVay’s latest project Almetha’s Son—a skipless, sonic autobiography—houses tracks like “Grammys,” “Faces” and the G Herbo-assisted “Kick Door,” all of which exemplify his lyrical potency, ear for face-scrunching beats and sterling storytelling. Those are just a few glimpses of why his name has gotten bigger by the day.

As a youngin’, SwaVay always kept music close to his heart. Staying glued to the videos that came on Music Choice would lowkey double as study sessions for the budding artist. And by the time he was in middle school, SwaVay put it all together and tried his hand at rapping. With the inspiration and support from his close friend Sahad, SwaVay went from battles in the cafeteria to performing at talent shows around the city. He caught traction immediately and over the years, continued to purify his craft.

Eventually, SwaVay was noticed by Metro Boomin, who back then signed the rising talent to Boominati Worldwide in the late 2010s. Around that same time, SwaVay released an effort called Pure Infinity (2019), which houses their collabo “2AM.” The breakthrough record now has upwards of 12 million streams on Spotify alone and set the pace for what’s so far been a healthy start to the 2020s. After holding fans over with efforts like B4DALBUM (2020) and its lead single “YaYa,” SwaVay went back to the drawing board, eager to identify himself more in the music and expand the motion that he already had.

In 2022, he accomplished that through a number of feats. He inked a new deal with Def Jam Recordings, released his anticipated project Almetha’s Son and vacuumed thousands of new fans in with songs like “Go Shorty,” a track that emphasizes his undefeated combination of introspective lyrics and high-grade wordplay. To spotlight those attributes even more, he’s utilized thrifty production that pays homage to the trap mecca of his hometown.

To cap off his latest run, now, SwaVay is embarking on his first-ever tour where he’ll cross the country as an opening act for both Smino and JID. Ahead of it and preceding the deluxe release of Almetha’s Son, SwaVay stopped by The Break: Live to discuss the origins of his rap career, an early co-sign from Metro, making it out of Atlanta and much more. Check out the interview below.