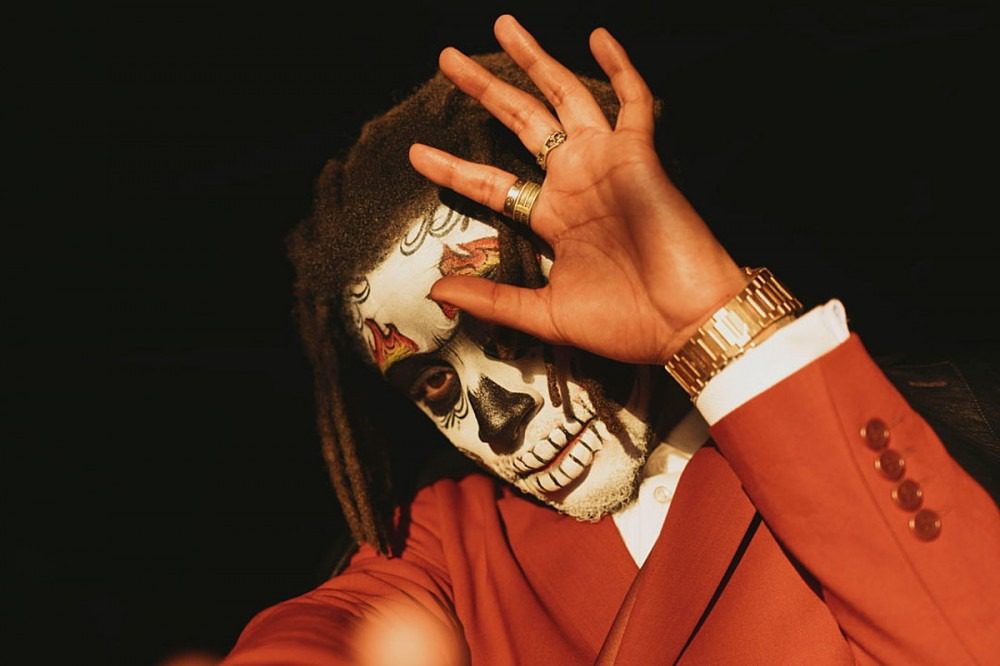 Rap runs in the family, and Note Marcato is proof of that. The Miami native, born Nasir Dean, always had his headphones on as a child, figuratively swimming in the world of music. When he was in 7th grade, his father, Swizz Beatz, took notice of this and told his son that he shared his father's love of music. Just a kid at the time, young Nasir didn't put much thought into the notion but produced his first five beats the very next year.

He took a break from production for two years, then returned to the beats in 2016, when he was in 10th grade. At the time, he was interning for Epic Records as well as an A&R, and used their studios for his own work in his downtime. By his senior year, he was focused on his artist career as Note Marcato and signed to Epic Records, officially working on music with a major label. The best of the bunch culminated in "Blackheart 39," his most successful song so far that blends the sounds of rock and rap. "Can't handle it, I can't handle shit/My time management, a bad relationship/But man, I love that bitch, treat her like a queen/And then she watch me slip, I'm at the icing rinks," he raps in a sing-song cadence.

Marcato sings like he leads an indie rock band, delivers self-reflective lyrics, serves flows native to hip-hop and paints his face as a skeleton, which can be seen in the video for "Blackheart 39." This combination makes his approach to rap and his persona a unique style all his own. His 13-track debut album, BeachBum Limbo has production that leans more towards the sounds of rap today but certainly has a modern rock feel to it, too. BeachBum Limbo, executive produced by BL$$D, also features beats from G Koop and Soundz, among others.

Now that his first project has arrived, Note Marcato speaks with XXL about his journey so far, influences and dedication to his craft for this week's edition of The Break.

I grew up listening to: "Michael Jackson, Lil Wayne, Metallica. I liked Slash [from Guns N' Roses] a lot. I was really into guitar players. I picked up the guitar and I played for a couple years. I also played the piano when I was first was listening to Michael Jackson."

I’m going to blow up because: "Because of how much I put into it. I really believe, like most things, it is what you make of it. But, when you're doing something like music, and as soon as you become an artist, and you're talking to people and you're talking to them every day in their headphones, for however long they want, you're basically in communications, and you're conveying your message from point A to point B. If you put in the time, then you can just be really good at it. Not only did I put in the time, but I actually have something to say."

My standout records to date have been: "['Blackheart 39,' because of] energy and the timing in which it was released. As soon as I made this song, the next day I made the video. We shot the music video the day after my birthday—my birthday is Oct. 25. It was like a party. We invited everybody to the party, and we were like, 'Yo, if you don't put a bag on your head, you're getting kicked out.' If you don't have a bag on your head, just go outside. With my music, the visual is so important because of how different it is sonically."

My standout moments to date have been: "Really just being in the studio in the best environment that it took for me to make the best music in the time that I made it. The whole creative process, going from recording the album, and then in the studio, I went with one of my favorite engineers, and having a plethora of multifaceted producers come through. That meant the world to me. The Grammys was like a huge moment for my career, and that's the type of chess that I like to play when it comes to other things besides the music and the outside stuff."

Most people don’t know: "I love anime. I just watched the entire Death Note. I've seen all of Naruto, I've seen all of Bleach, I've seen all of Dragon Ball Z, I love One Piece, I love Hunter x Hunter. I'm a fanatic. I learned how to read off comic books and stuff. I've always been like that. Also, no one knows this, but I'm Belizean. And I was born in South Carolina."

I’m going to be the next: "I'm gonna be the first me, and the next living legend."