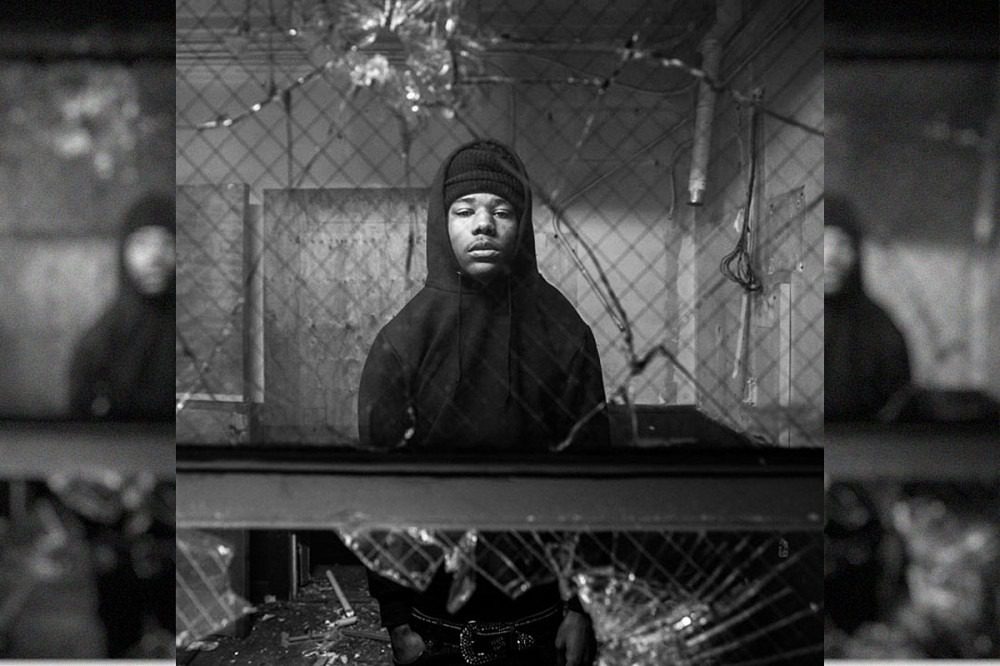 Jacksonville, Fla. rapper Nardo Wick was brave enough to try rapping on a whim, and based on his current rise, it's worked out in his favor. Just a few years ago in his hometown of Jacksonville, Nardo saw a rapper out and about with a lot of money. After realizing how lucrative rapping could be, the hip-hop newcomer thought it would be easy for him to try doing it himself.

Nardo released his first song in May of last year. The now-deleted (but still floating around the internet) "Face Shot" is a melodic track about chasing down his enemies. The effort has the swing of an early Kodak Black, but Nardo's trademark steely references to street violence were already there. This was before the aspiring rhymer' off-kilter sense of humor began to end up in his music.

With no real experience in hip-hop other than playing around rapping amongst his friends, Nardo Wick has taken off in just nearly two years. After "Face Shot" was deleted from the internet, he didn't drop his next song, "Came Up," until September of 2020. By this point, Nardo's rhyming style began to fully form. He compares sneakers and his enemies (both can end up in a box), and getting "All these niggas round me slidin', we some hockey pucks," which is both clever and funny. His ability to weave graphic parts of the street life with absurd punchlines into his bars began to earn him more fans. By November of last year, record labels took notice and were knocking on Nardo's (online) door.

Once 2021 began, the Florida-bred artist went on a tear, releasing "Who Want Smoke" in January. The song's memorable hook—"Who want smoke with me?"—and viral "stomping" break—"What the fuck is that?"—brought more ears in his direction. The track also got play on TikTok with hilarious videos created by users. A month after he dropped that banger, which currently has over 14 million Spotify streams and 21 million YouTube views on the accompanying video, he signed to RCA Records. "Who Want Smoke" put Nardo on the map, and he didn't let up after that. "Shhh," "Knock Knock," "Aye Aye," the Nick Mira-produced "Pull Up" and more music followed over the next few months.

While he was getting more recognition this past summer, Nardo Wick experienced some legal troubles. On Aug. 17, the rapper was arrested by the US Marshals for carrying a concealed firearm. He was released soon after with no further updates on the case and continued to focus on his rap career. As fall gets underway, the "Who Want Smoke?? (Remix)" gave Nardo's most popular record new legs. G Herbo, 21 Savage and Lil Durk suit up for the Cole Bennett-directed visual and deliver their own threatening bars. In less than a week, the video has racked up 6 million views.

Next up is the release of Nardo Wick's debut project, aptly named Who Is Nardo Wick?. With his first effort arriving any day now, Nardo spoke with XXL over Zoom about the road so far for this week's edition of The Break.

My style’s been compared to: "[21] Savage. I understand it now a lil bit, ’cause now I done sit down and really listened to him. We both dark. That's where people get that from."

I’m going to blow up because: "The energy. It's been great—the fans, the feedback. I go off everything—the likes, the comments. I compare my likes and my comments. I see how many I get, from other—I ain't gon' say no names—but other artists that be having millions. I only got 300[,000], almost 400,000 followers, but I get 10,000 likes every picture. Great engagement. That's how I know it's different."

What’s your most slept-on song, and why?: "'Who Want Smoke?' is slept on because it's like people don't know who I am. It came out the blue. Some people gotta grow to like me. It's slept on internally, the political way, the press, the industry. If it was anybody else, that'd be the biggest song on the radio. It's doing great on the radio, but I gotta do more. It's harder for me just ’cause it's my first one."

My standout records to date have been: "'Who Want Smoke?' and 'Aye Aye' and 'Shhh.' 'Aye Aye' woulda been a bigger song if I released it on all DSPs, but I just released the YouTube video. Somebody leaked it on DSPs, and it had like 45,000 Shazams quick. It was second behind 'Who Want Smoke?' in Shazams. 'Aye Aye' did pretty good. Someone created a sound on TikTok, but it wasn't the official sound."

My standout moments to date have been: "The 'Who Want Smoke?? (Remix)' video. Just the experience, Lil Durk, 21 Savage, Herbo."

Most people don’t know: "You gotta listen to the tape. I can't even disclose that."