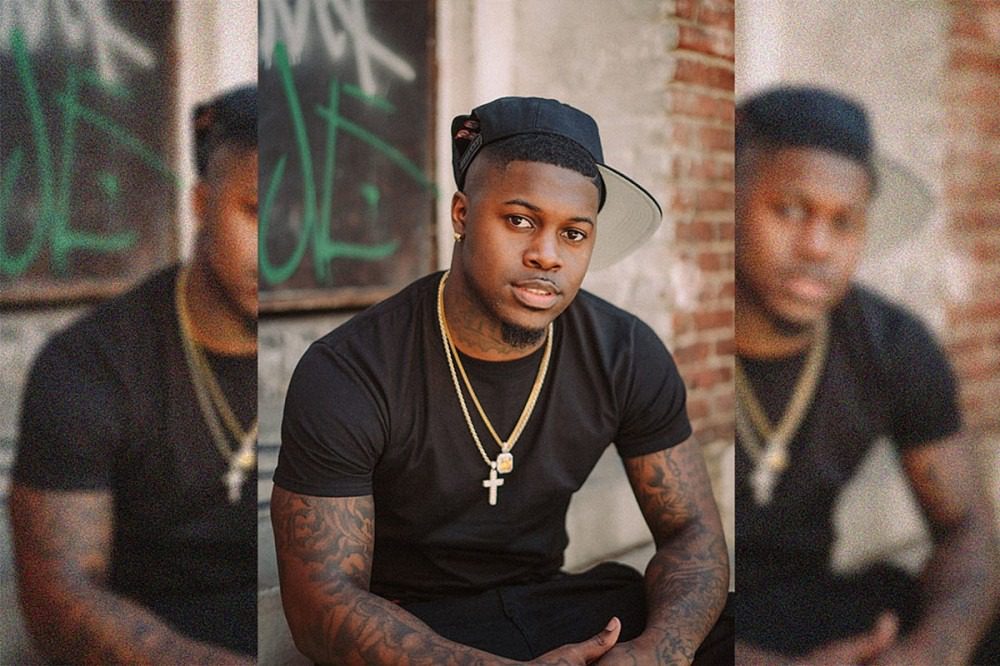 For most people, their introduction to music begins with their family—sometimes siblings, sometimes parents. Cico P, who came to prominence this year due to his 2019 song "Tampa" taking off online, grew up watching his uncles freestyle. When he was 9, Cico decided to do it himself, alongside his cousin, which turned into Cico recording music through the I Am T-Pain app when he was 13 years old. As he went through high school, music became more important to him, with his afternoons becoming a mix of football practice and recording raps.

The music he recorded back then never saw the light of day, but that changed when he dropped his first mixtape in 2018, S.U.A. Kid. The next year, he dropped "Tampa," featured on his 2019 mixtape, Sweet Union. The entrancing, Trench Lord B-produced song showcases Cico's sing-song flow as he offers his listeners a handbook for getting money and girls. His southern accent, almost chant-like flows and solid song-making turned the track from a local success in 2019 to much more in 2021, when TikTok caught wind of it. Cico included "Tampa" on two of his early 2021 projects—Bonfidential Files in January, and SUA Files in April—which also helped it reach more ears.

"Goddamn, lil' bitch on that coke like Montana/I'm on hydrocodone, I'ma float like a phantom, huh/Baby need some protein, work her out like a dancer/I got all the hoes and the snow just like Santa," he raps.

In late May, the song entered the Billboard Hot 100 at No. 97 then rose to No. 91 a week later. Now, with 36 million Spotify streams and 9 million YouTube views of "Tampa" later, Cico P is heading into his next release with major momentum. Last month, he dropped the Kevin Gates-assisted track "Half the Time." Today, his new project, NawfJaxx, named after his hometown of Jacksonville, Texas, arrives.

Displaying a diverse mix of sounds, coupled with his outright lyrical talent, Cico P has a lot to look forward to in his career, making him a perfect match for XXL's The Break.

My style’s been compared to: "They say 'Tampa' reminds them of a young Kodak. It's not, it's a Texas thing. You can tell if you from Texas. A lotta people are just like they never heard a style like mine, but as far as image-wise, a lot of my rapper friends say, 'Damn, nigga, you look like DaBaby!' I was talking to Maxo [Kream], he was like, "I'ma just keep it real with ya, you look just like DaBaby, fam. Y'all niggas act the same, talk the same.' I'm like, 'Brah…I ain't never met him!' They like, 'Man, that shit gon' be funny when y'all boys finally meet.'"

I’m going to blow up because: "Just the reactions. I'm mentally prepared for it; the hate, love, everything. It's always gonna be some crazy-ass comments or somebody hatin', but every time there's one, I guarantee, there's ten new fans. Good or bad, it don't matter, as long as they talkin', I'm not trippin'. Right now, we just finna break ’em out this 'Tampa' shit. I ain't just 'Tampa.' Making music is like therapy for me. I don't just look at it like, Damn, I gotta please the fans. You gon' love it. You gon' love it regardless. This shit is fun to me."

My standout records to date have been: "['Tampa'] was something they never heard, and it's simple. I was just on that beat, doing simple shit. It's very easy to get stuck in your head because of the melodies. Then the shit I'm saying, a lotta people relate to that shit. But 'Gangsta Baby,' 'Fort Lauderdale' and 'Mixed Signals.' I been hearing a lot of my fans, off that Sweet Union [project], they like 'Gangsta Baby so fuckin' hard!' They like 'Mixed Signals,' I guess, because they ain't never heard no flow like that."

My standout moments to date have been: "I'ma keep it a bean, when I hit that Billboard Hot 100. I was like, 'That shit crazy.' I still don't know how to feel about that. Even me being on this call now, XXL, that shit up there, too. It mean a lot to me. It's a blessing. I used to dream of this shit."

Most people don’t know: "I'm really to myself so much, like an introvert. I can hang by myself. It ain't like it's on some, 'Fuck the world!' shit. It ain't even like that. I can hit the road by myself, I can go eat by myself, go to the movies by myself. I just enjoy my own company. But I damn sure enjoy when I have my people around."

I’m going to be the next: "The next big superstar, ya understand me? Everybody gonna know there's only one Cico P."

"Half The Time" featuring Kevin Gates

See the Artists Up Next on These Rapper-Run Record Labels

Lil Baby, Yo Gotti and more share why these rappers are up next.