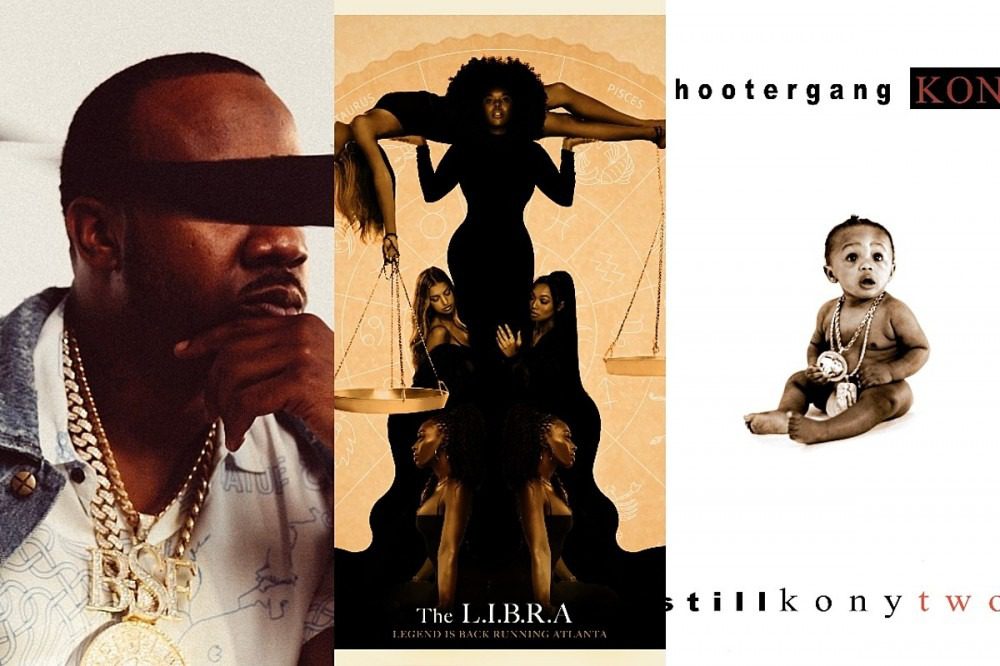 Every week, there's a new set of rhymes to indulge in and memorize from some of your favorite rappers. Today (Oct. 16) is no different. There's some trap heat from a veteran MC from the Dirty South, hard-hitting lyricism from a Buffalo, N.Y. native, introspective bars from a New England rapper and some laidback flows from a California artist.

It's the King. T.I. is back on the music scene with his new album The L.I.B.R.A. The 20-track album, which is an acronym for The Legend Is Back Running Atlanta, features the Young Thug-assisted "Ring" as well as special appearances from Lil Baby, 21 Savage, Snoop Dogg, Rick Ross, Killer Mike, Jadakiss, Benny The Butcher, Rapsody and more. Tip's daughter Deyjah Harris, who was engulfed in the hymen-gate controversy with her father last year, is on a record named after herself called "Deyjah’s Conclusion." The song closes out the effort. The ATL artist recently celebrated his 40th birthday on Sept. 25 making his zodiac sign a Libra. Hence the connection between himself and the album title. Nonetheless, this is T.I.'s first album since releasing Dime Trap two years ago.

Griselda's own Benny The Butcher drops his Hit-Boy produced album Burden of Proof. The LP, led by the single "Timeless" featuring Lil Wayne and Big Sean, delivers the unrelenting rhymes that Benny is known for. "If you understand the meaning (Burden of Proof), it’s one trying to prove their assertion; and that’s what I’m doing with this album," the New York native said in a statement about the project. "This is the validation of what I have been saying all this time about Griselda, BSF, Benny The Butcher, coming to fruition. The Burden of Proof always lies with me." In addition to Weezy and Sean Don, there are also bars from his label mates and cousins Conway The Machine and Westside Gunn, as well as Rick Ross, Freddie Gibbs and more.

Cali is known for a particular sound and vibe, and newcomer ShooterGang Kony offers just that on Still Kony 2. The album art for the effort pays homage to The Notorious B.I.G.'s debut album, Ready to Die. The 21-year-old, who was embroiled in legal issues landing him in and out of jail in his younger years, found himself behind bars on the day he was supposed to shoot the artwork for SK2. He opted to highlight his first child on the cover of the album instead. The Sacramento native, with steadily increasing YouTube viewership, familiarized himself with fans on tracks like "Overdose," featuring Lil Poppa, "Red Ice," "The Shooters," and "On Da Flo." And now, he drops his second album, which follows up his February release Red Paint Reverend.