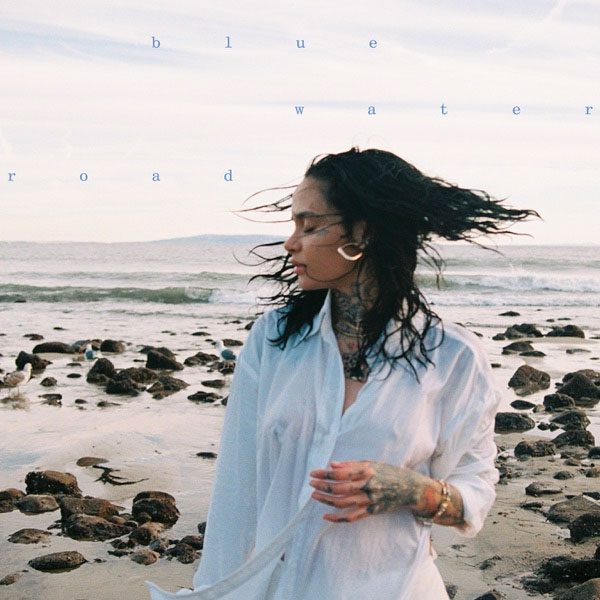 On her third studio album, named after a street in Malibu where she recorded the album, the R&B songstress showcases her growth and maturity. In addition to “up at night” with Justin Bieber, the 13-track set features appearances from Blxst, Jessie Reyez, Syd, Thundercat, and Ambré. Executive produced by Pop Wansel, the project also includes the previously-released tracks “altar” and “little story.”

“blue water road is a destination in my mind,” Kehlani explained. “I’m giving everyone access. It’s an emotional journey, a sexual journey, and a spiritual journey. To me, the album is like a glass house. It’s light, transparent, and the sun is shining right through it.”

Kehlani rented an Airbnb on Bluewater Road off the Malibu coast to record the deluxe edition of her last album, 2020’s It Was Good Until It Wasn’t, but she had a “spiritual” awakening and the music ended up going in a different direction.

“I went to a couple ceremonies and came back, and it was just completely different to me. The album just didn’t sound like … Or mentally, I wasn’t in the deluxe of my last album,” she told Apple Music’s R&B Now Radio. “Mentally, I was super far away from my last album in general. And a couple songs resonated with something, I guess, that felt just like whatever the next was. And we didn’t want to lose that.”

The 27-year-old singer also attributes her evolution to her 3-year-old daughter Adeya. “I can make healing music as a healing person,” she explained. “I don’t have to weigh myself down with the expectation that music isn’t deep if it isn’t raging or sad.”