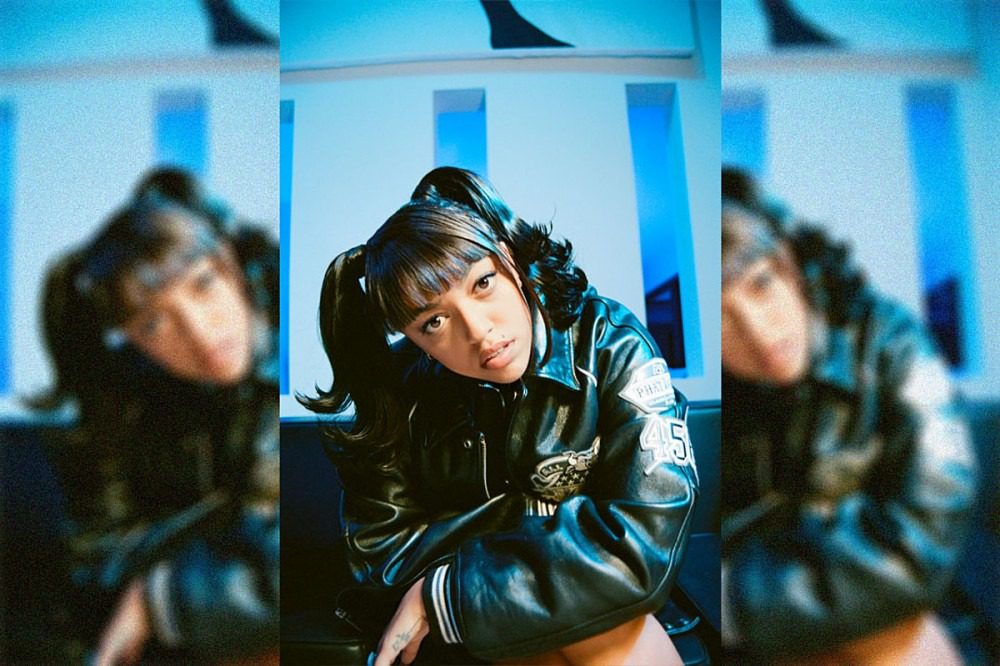 The daughter of two musicians, 23-year-old U.K. R&B singer Mahalia’s life has always been colored by sound. Signing with Asylum Records U.K. at age 13, Mahalia has been off and running since catching her big break in 2019, with her debut album, Love and Compromise. With her 2021 single “Jealous” featuring Rico Nasty on the airwaves, Mahalia talked to XXL about her career, learning about hip-hop from her brothers and her Cam’ron screensaver.

How did you first start making music?

I always felt like making music was the one thing in the world that made me feel safe. I grew up watching my parents. My mum was a singer [and] my dad was a singer. My dad played the guitar and [they both] wrote songs. [I was] incredibly inspired by them both, but mostly, I was quite jealous. It wasn’t ’til I was like 11, when I started playing the guitar and I started really kind of finding all the other artists that I saw myself in like Lauryn Hill, Erykah Badu, India.Arie, Corinne Bailey Rae.

What was your introduction to hip-hop?

My introduction to hip hop was through my eldest brother. When we were all young,
I must’ve been like 10 or 11, we all went to a dance company together, every Thursday, from Leicester to Birmingham. All of our warm-up material was accompanied by hip-hop music. It was my eldest brother who kinda brought that home. I remember him playing that Lupe Fiasco album with “Kick, Push” on it, Food & Liquor.

I used to sit in the back of the car and look at that album cover forever. Then songs like “Daydreamin’” with him and Jill Scott, tunes like that, I remember being so inspired by. He really got me into Talib Kweli. Me and my brothers would share music together, whether we were talking about Kendrick [Lamar] or Kanye [West], Joey Bada$$ or Ab-Soul.

How did you choose the beat for “What You Did,” which has the same sample as Cam’ron and Juelz Santana’s “Oh Boy”? How did it feel to have Cam’ron on the remix?

I was excited to take something that I’d grown up hearing and pull it into my world, while still holding onto its hip-hop roots. I was also probably quite scared because that song, to me, is iconic. It’s the song that I remember hearing in the club, at barbecues and cookouts. When I got told that Cam’ron was jumping on it, I can’t even explain. When I was in high school, I had one of those little Blackberrys and that picture of Cam’ron in the pink was my screensaver for about four years. I didn’t even think about that when I wrote the song. I completely forgot until I remade the cover for the remix. Having him do that was a blessing.

Earlier this year, you dropped “Jealous” with Rico Nasty. How did that song come together?

I started writing that song with two of my friends. We were in the studio in West London just chatting about how angry I was at some friends of mine. I wanted to talk about jealousy and I wanted to talk about an emotion we all feel, but I think we all shy away from, because it has such a negative connotation around it. I text Ari [my publicist], I said “Listen, I’ve got a song and I really want Rico on it. What do you think? And if you like it, would you send it to her?” And then, a couple weeks later, I got a clip of Rico in the studio, dancing to it and singing her part. I feel like Rico was the perfect woman to have on this because I feel like she’s just a young icon in the making. Having her on it was a fuckin’ dream. I’m so proud of it and the video.

Which rappers are you listening to now?

I’m still not really over Roddy Ricch. Last year, in the summer, I only played him. I’m still listening to Pop [Smoke], bless his heart. And I listen to a lot of U.K. rap. Me and my guy watched Get Rich or Die Tryin’ last night, so we had that album on today, which was lit. I hadn’t seen that film, and I just forgot what a G 50 Cent was.

Check out more from XXL’s Summer 2021 issue including our Freshman Class cover interviews with 42 Dugg, Iann Dior, Coi Leray, Pooh Shiesty, Flo Milli, Morray, Rubi Rose, Blxst, Toosii, Lakeyah and DDG, producer Nick Mira's thoughts on producing the beats for the Freshman Class, an in-depth conversation with Ski Mask The Slump God about his comeback this year, Moneybagg Yo's candid discussion about his new music, family and indie label, a look at what the 2020 XXL Freshman Class has been up to since last year, Doin' Lines with Jack Harlow, Lil Tecca speaking on what to expect from his upcoming We Love You Tecca 2 album, music video director Cole Bennett gives an inside look at his Lyrical Lemonade empire, Cordae talks about his upcoming album, 10 in-demand hip-hop jewelers' stories of creating rap stars' icy works of art, music executive Shawn "Tubby" Holiday's advice for artists, Kash Doll talks about her upcoming role in the Black Mafia Family series, and more.