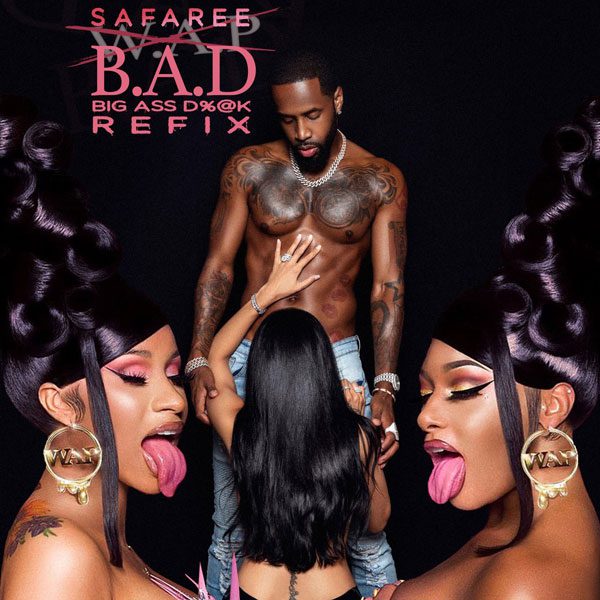 Just days after Cardi B and Megan Thee Stallion dropped their steamy collaboration “WAP,” Safaree Samuels has responded with his own freaky remix.


Safaree, who welcomed a baby girl with wife Erica Mena in February, began trending on Twitter after the song’s release. The remix eventually caught the attention of Cardi herself, who blushed upon hearing it. “I just Hurd it…..Omgggggg,” she wrote.