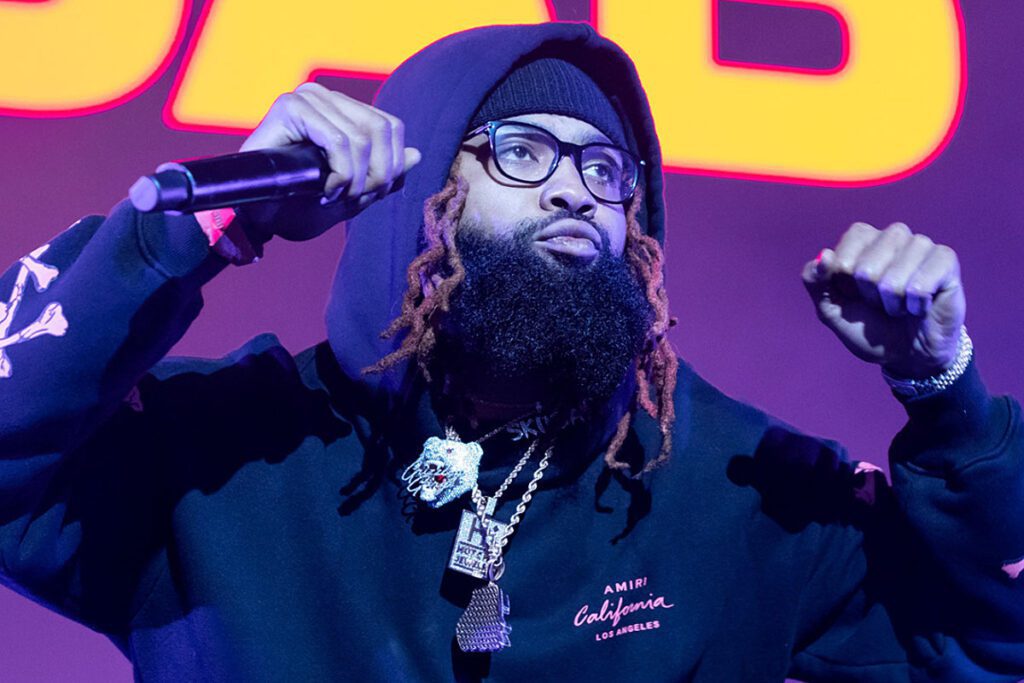 Sada Baby is celebrating his sobriety after revealing that at one time he was spending up to $20,000 per week on lean.

On Tuesday (Jan. 24), Sada Baby hit up Twitter to address people saying he looked high in a recent video he uploaded on social media. In the clip, Sada is in the studio vibing to the playback of a song he just recorded.

“Because I was doin’ the explanation shit all damn session like I do anyways,” Sada Baby typed. “How [the fuck] do y’all think I was too high? Do y’all really know what junkies look like? They [can’t] function, dumb-ass ppl. Know me before you think I’m too high like these MFs who be overdosing. Not Casada.”

In an eye-opening follow-up post regarding his past drug use, Sada said he is currently sober after quitting his $10,000 to $20,000 a week promethazine and codeine habit. He also divulged that he is no longer purchasing Percocet pills and has even given up smoking cigarettes.

“Ain’t spent 10-20k a week on lean in longer than a year,” tweeted Sada Baby. “Ain’t bought over 5 perks in two months. Ain’t smoked a cigarette in two months. Suck my dick [and] celebrate my sobriety.”

Sada Baby is one of a few Detroit rappers to recently celebrate their sobriety. Last summer, Famous revealed he’d been clean for five months after entering rehab. Eminem annually celebrates his sobriety on social media.