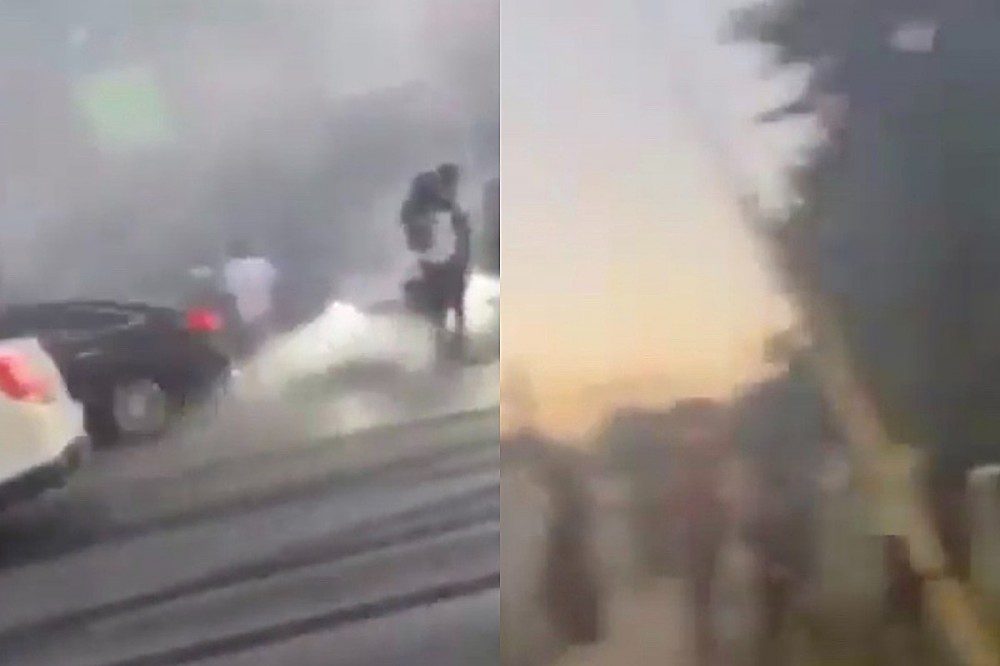 An event that DaBaby was reportedly at in North Carolina ended in gunfire on Saturday (Oct. 3).

At press time, it's unconfirmed whether this event was a music video shoot or something else, but video of the purported shooting has surfaced on social media. The "Rockstar" rapper posted multiple videos of himself in North Carolina earlier today, confirming his location.

DaBaby has not addressed the video of the purported shooting. In Instagram stories posted in the hours after the scene unfolded, he can be seen listening to music and smoking. In other clips, you can see what he says are staff members of Nightmare in Carolina, which is described as being "A combination of theater, thrill‍♂️, and all out HORROR! The most UNFORGETTABLE haunted experience the world has EVER seen" on its official Instagram page.

You can watch clips of the situation unfold below.

XXL has reached out to DaBaby's camp for comment.